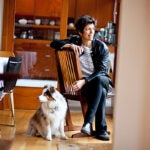 On the evening of April 14, 1912, RMS Titanic was four days into her maiden voyage, clipping through a moonless, frigid night at a brisk 22 knots. Then came disaster, one that is celebrated, feared, and fought over even 100 years later, an event whose name is the world’s stoutest cliché for mischance, the hubris of the powerful, and the limits of technology.

At 11:40 that night, the Titanic — 90 stories long and 10 high — scraped against an iceberg. The collision was brief and glancing, but it was enough to tear a 300-foot gash under the waterline and open five watertight compartments to the sea. Less than three hours later, the ship, nearly 500 miles from the closest land, rose stern up and plunged sparking and booming into the black sea. Of the 2,224 passengers aboard, 1,514 perished.

One of the dead was first-class passenger Harry Elkins Widener, a 27-year-old Philadelphia businessman and book collector who had graduated from Harvard College in 1907. He perished along with his father, George D. Widener. His mother, Eleanor Elkins Widener, survived, floating to safety aboard lifeboat No. 4.

Not long after the Titanic went down, the Harry Elkins Widener Memorial Library went up at Harvard, thanks to a $2 million donation from his grieving mother. The University had framed plans in 1902 for a new library to replace drafty, humid, and cramped Gore Hall, its first library building, built in 1838. Only the money was missing.

With the bequest, Harvard moved quickly. Starting in August 1912, it took four months to clear books out of Gore Hall. Workers operating a pair of electric trucks moved nearly 600,000 volumes to temporary shelves in other campus buildings.

By the following February, Gore Hall was a pile of rubble. On Feb. 11, after a 48-hour bonfire had softened the frozen ground, Harry’s younger brother, George D. Widener Jr., ceremoniously dug the first spadefuls of soil. On June 16, his mother presided over the laying of the cornerstone.

That summer of 1913, library director Archibald Cary Coolidge estimated that 50,000 bricks a day were being added to the new structure. Harvard President A. Lawrence Lowell wrote to Mrs. Widener that the library “was literally growing out of the ground.” In a 2004 “biography” of the library, historian and Harvard librarian Matthew Battles summed up the breakneck pace. “Widener,” he wrote, “rose in stupendously short order.”

The library officially opened on June 24, 1915, Commencement Day, barely three years after the Titanic sank. U.S. Sen. Henry Cabot Lodge delivered the keynote address. “This noble gift to learning,” he said, “comes to us with the shadow of a great sorrow resting on it.”

That “great sorrow” cost the lives of at least three men affiliated with Harvard. A fourth, with remarkable luck, survived.

Harry Widener had boarded the ship after a book-buying trip to London. On the fatal night, wealthy Philadelphian William Ernest Carter advised him to try for a lifeboat. “I’ll stick to the big ship, Billy,” Widener replied, “and take a chance.” Not long after, Carter slipped into the safety of lifeboat No. C. With him was J. Bruce Ismay, managing director of the Titanic’s White Star Line.

On the Promenade Deck that night was investor, author, and inventor John Jacob Astor IV, the richest man aboard. He had started at Harvard College with the Class of 1888, but left without taking a degree. At 1:55 a.m., Astor helped his second wife, Madeleine, who was 19 and pregnant, into a lifeboat. Then Astor stood aside. His body was recovered a week later.

The third Harvard man lost that night was Francis Davis Millet, a member of the Class of 1869 and an accomplished painter, writer, and designer. On that voyage, Mrs. Widener wrote to President Lowell, Millet and her son “would sit up very late talking of their love & ambition for the University.” Millet’s body was recovered.

Another first-class passenger that night was R. Norris Williams II, a 21-year-old Swiss-born tennis champion traveling with his father. He was to enroll at Harvard that fall and graduate with the Class of 1916.

Knocked off the deck by a giant wave, the athletic Williams thrashed his way toward safety. Behind him, his father struggled, and in moments was crushed to death when the Titanic’s forward funnel broke off and crashed into the water. That created a wave that swept the lucky Williams to within 20 yards of lifeboat Collapsible A. He clung to the boat for hours, waist-deep in water so frigid that his legs were frostbitten.

A doctor on the rescue ship RMS Carpathia recommended amputation. Williams refused, and recovered fast enough to win his first U.S. tennis championship that same year. He went on to play four years of tennis at Harvard, watch Widener Library rise brick by brick, win decorations for bravery during World War I, and win the gold medal in tennis at the 1924 Olympics.

Williams became a Philadelphia investment banker and lived until 1968. Unlike the doomed Harry Widener, Williams prospered and enjoyed the fruits of his Harvard career — the gift of an errant wave.