More than one crowning achievement 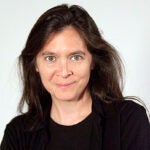 Like many Harvard students, Kelsey Beck ’14 attended this year’s St. Patrick’s Day parade. But rather than sporting face paint, Beck wore a more dazzling ensemble — the sash and crown she recently won as Miss Boston 2012.

The award brought Beck $7,500 in scholarship and prizes to pay for law school after she finishes her undergraduate studies. Beck is now preparing to compete in the Miss Massachusetts pageant in late June. Should she win that competition, she would go on to represent Massachusetts in the Miss America pageant.

Growing up in Winter Park, Fla., Beck identified more as an athlete than a beauty queen, even playing on the Harvard varsity volleyball team for two years. “I was really involved in playing volleyball, soccer, softball, and tennis,” Beck said. “Sports were really my main focus, along with my studies.” In fact, the Miss Boston pageant was Beck’s first time competing in a beauty pageant.

She does, however, have a family legacy in such competitions. “My mom [Barbara Ivey Beck] was Miss Florida in 1971, and it paid for her entire undergraduate education,” Beck said. “So growing up, I always looked at the Miss America organization as one that really provided for young women who have goals and a strong desire to pursue their education. It was always in the back of my mind as a way that I could help my parents” defray the cost of tuition.

With no firsthand experience, Beck wasn’t sure what to expect. “I was definitely intimidated going into it,” she said. “It was so outside my realm of expertise. But all of the girls worked together to raise each other’s confidence and be at our best onstage. It requires a lot of courage to go out in an evening gown and a swimsuit!”

While balancing her duties as Miss Boston with her Harvard studies takes time and effort, for Beck such a juggling act is nothing new. “I’ve really worked at achieving that balance all my life, whether it’s athletics, schoolwork, or extracurricular activities,” she said. “That balance is something in which Harvard students have a lot of pride. We’re not all about academics: We’re very versatile and can be passionate about a lot of things outside the classroom.”

Likewise, Beck said, stereotypes about beauty queens and beauty pageants are off the mark. “It’s not all about beauty and the outer experience,” she said. “The Miss America organization in particular fosters young women that are driven, passionate, focused, goal-oriented, and wanting to pursue their education.”

In addition to being an accomplished athlete and student, Beck also has 12 years of classical training as a pianist, which stood her in good stead for the talent competition. “I performed ‘Whitewater Chopped Sticks’ by Calvin Jones,” Beck said. “Two years ago, Teresa Scanlan [Miss Nebraska 2010, and Miss America 2011] performed that at the national pageant, and I immediately fell in love with the piece. I thought it was such a fun spin on the music that everyone knows as ‘Chopsticks.’ So when I decided to compete, I had it ready.”

Beck’s platform is elderly care, a subject that she has been passionate about ever since she began visiting nursing homes as a young child. Her dedication took a personal turn, however, when her grandfather was placed in a nursing home for the last year of his life. “Our family really benefited from visiting him every day,” Beck said. “Not only from talking with him and encouraging him, but also in talking with the other residents, doctors, and nurses. The elderly have such an important role in our society; they can be such mentors to us and have a lifetime of wisdom to impart to us. There are reciprocal dividends to interacting with them. You think you’re going to fill their loneliness, but it’s actually often the other way around.”

Her dedication to elderly care issues even extends to her future career. “I would like to be an elder-care attorney,” Beck said. “I’d like to help other families become aware of all the options they have available to care for their elderly family members.” In addition, as Miss Boston, Beck also hopes to create an Adopt-a-Grandparent program, matching elementary school children with elderly individuals.

Beck now has a team of professionals to help her toward her next goal: the Miss Massachusetts competition, which will take place on June 29-30 in Worcester. “I have a board of five members on the Miss Boston committee, and they’re really guiding me and mentoring me, helping me with mock interviews, coordinating my appearances and volunteer work,” she said.

Perhaps the greatest encouragement, however, has come from her fellow Harvard students and family. “This is so different from what I would normally do,” Beck said. “So to have that support and encouragement from my peers is crucial.”