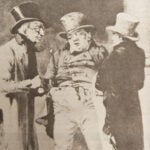 The defense of Ebenezer

Twenty-five affordable apartments in Harvard Square’s Craigie Arms Apartments will remain affordable for at least 50 additional years after the city of Cambridge, Harvard University, and the nonprofit Homeowners Rehab Inc. (HRI) put together a creative plan to preserve the affordability of these units through HRI’s purchase of the 50-unit Craigie Arms building.

Affordability restrictions on the 25 affordable units were scheduled to expire in 2016.  With the property for sale, these units were an attractive investment to buyers interested in reaping the financial benefits of converting these units to market-rate housing after the existing restrictions expired.

Working together, the city, Harvard, and HRI were able to orchestrate HRI’s purchase of the building to ensure affordability of the 25 units for a minimum of 50 years.  Specifically, Harvard amended and extended its ground lease on the property in a manner that allowed HRI to secure the necessary financing from the Cambridge Affordable Housing Trust and the Community Economic Development Assistance Corporation (CEDAC).  HRI purchased the building in a preservation transaction that was finalized on Dec. 19.

“We are celebrating today because a creative partnership has allowed us to preserve an important housing resource in Harvard Square which will benefit current and future tenants of these units. This is a huge win in today’s Harvard Square housing market, where maintaining affordability is very difficult,” said Cambridge City Manager Robert W. Healy, who is also the managing trustee of the Cambridge Affordable Housing Trust and has worked to strengthen affordable housing during his 30-year tenure with the city.

“Preserving Craigie Arms was a priority for the city and could not have happened without the commitment of Harvard and is just the latest example of Harvard partnering with the city to achieve shared community goals,” added Assistant City Manager for Community Development Brian Murphy.

Craigie Arms was owned by a multipartner entity that was led by Bob Kuehn, an affordable-housing developer.  Following Kuehn’s death, ownership of the property was left to 30 different investors who recently offered the property for sale.  HRI was designated by the Massachusetts Department of Housing and Community Development under the recently enacted expiring use preservation statute, known as Chapter 40T, which gives public agencies and affordable housing providers the time necessary to put together plans to preserve affordable housing before it can be sold to market buyers.  With this time, the city, Harvard, and HRI put together the plan to preserve these units, and, after a competitive bidding process, the owners elected to sell property to HRI.

“All of this would not be possible without the city of Cambridge’s partnership and Harvard’s involvement,” said Peter Daly of HRI.  “By working together we have preserved the homes of 25 individuals and families of low and moderate incomes at Craigie Arms.”

The city and Harvard have a long history of supporting affordable housing and a record of success in preserving and maintaining housing of all types for people of all incomes. An example of this success includes Harvard’s 20/20/2000 program, a $20 million, 20-year low-interest revolving loan program that has helped build and renovate 465 units in Cambridge.  Harvard also created affordable units for working families during the development of housing for students in Riverside, and has sold more than 100 housing units at reduced prices to the city of Cambridge for use as affordable housing.  In all, Harvard has helped to create and preserve over 600 units of affordable housing in Cambridge in recent years.

“Creating and maintaining affordable housing units can support the economic well-being and diversity of the communities around us. The support of affordable housing in Cambridge has been a long-term public policy goal for the city of Cambridge, and we’re pleased to be a partner with the city on this and other efforts to achieve that goal,” said Christine Heenan, vice president of Harvard Public Affairs and Communications.