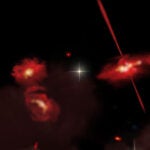 U.S. Energy Secretary Steven Chu struck an optimistic note about the future of solar energy Thursday but said the economic benefits of the emerging clean-energy industry will be reaped elsewhere if the business is not encouraged at home.

Chu said the global recession has hit the solar energy industry hard, decreasing demand that in turn has lowered prices for solar products. While the bankruptcy of California-based solar panel maker Solyndra has dominated headlines, the global difficulties of the industry have not gotten as much attention. Chinese solar panel makers have also been hard hit, Chu said, but they have been protected by the Chinese government to keep the industry there afloat.

Chu said analysts are certain the costs of solar panels will continue to drop over the coming decade, though they disagree whether they’ll fall by a factor of two or four. If they decline by a factor of four, Chu said, the panels will become competitive with energy produced by all other fuels.

China, Chu said, has “Henry Ford-ed” the U.S. with respect to solar panels. With the automobile and internal combustion engine, Ford took others’ inventions and perfected a way to make the automobile plentiful and affordable through his assembly lines.

China today is taking advances made elsewhere in solar cell technology and becoming a world leader in solar panel production. In the United States, investment into clean energy as a percentage of overall sales is far below that in other industries, 0.3 percent compared with 18 percent for the pharmaceutical industry, for example.

Chu said the United States maintains a technological lead, with some promising technologies being developed in its labs. Whether those advances are commercialized in the U.S. or elsewhere remains to be seen.

Chu delivered the 2011 Bloch Lecture, “The Role of Science, Technology and Innovation in Solving the Energy Challenge,” in Harvard’s Northwest Laboratory Building. Sponsored by the Department of Molecular and Cellular Biology, the lecture is named for pioneering biochemist Konrad Bloch, who served as Harvard’s Higgins Professor of Biochemistry from 1954 to 1982 and was one of the founders of the Committee on Higher Degrees in Biochemistry.

Chu said that science and technology are poised to deliver the world from its environmental problems, as they have done several times before. In the late 1800s and early 1900s, for example, there were widespread concerns about agricultural land becoming exhausted and crop yields declining. In response, saltpeter and guano mining began, providing nitrogen to replenish the soil. That also began a race to develop artificial fertilizers. The result of that race boosted crop yields and secured the world’s food supply for decades until, in the 1960s, new crop strains were developed that again boosted food supplies and avoided the mass starvation that some had predicted.

The rapid adoption of the automobile occurred in the face of another environmental problem: from horse manure, Chu said. With transportation largely provided by horses through the late 1800s and early 1900s, major cities had enormous manure disposal problems. That situation helped to drive the rapid adoption of the automobile over just 25 or 30 years, Chu said.

Government support was important to the development of the airplane industry, Chu said. The government’s first effort to subsidize aircraft development failed and was eclipsed by the privately funded Wright brothers. Though the Wrights were American, early aircraft development was dominated by overseas countries.

By the beginning of World War I, the United States was 14th in government expenditures on airplanes, behind Greece and Brazil, Chu said. In 1925, however, Congress allowed private airlines to carry the mail, providing an economic boost to the domestic industry, and by the middle of World War II, the U.S. aircraft industry was globally competitive.

Like Ford, Chu said, some American entrepreneurs are innovators in clean energy, not through new technology but through their business models. One such company is Arizona-based Simply Solar. Realizing that solar-panel financing and purchase is dizzyingly complex, with not only different types of panels that can be installed, but also with an array of government tax credits, Simply Solar offers to rent homeowners panels at a guaranteed cost below their current electricity rates, leaving all the installation and financing headaches to the company. After adopting that model, Chu said, the company saw monthly sales rise to what they previously were in a year.

Chu also addressed other technological advances, such as the computer chip, the cellphone, batteries, and biofuels. In some cases, other nations are capitalizing on American inventions, and he called the loss of U.S. manufacturing jobs overseas “very alarming.”

The answer, Chu said, may be for U.S. companies to take a longer view in making strategic decisions. While some firms do that today, he said, not enough do so. An increase in energy produced from domestic sources — through clean energy and growth in local sources of fuels like natural gas — will not only generate American jobs, but will keep the wealth generated by those companies in this country instead of exporting U.S. dollars.