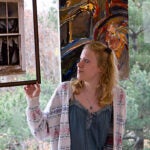 ‘House, Home’ and the spaces between

NEW HAVEN, Conn. – Harvard fell behind by a touchdown before flexing its muscle as the Ivy League champion Crimson cruised past Yale, 45-7, at Yale Bowl in the 128th edition of The Game.

Harvard (9-1, 7-0 Ivy), which won its 14th Ivy title last weekend, continued its recent domination of Yale (5-5, 4-3 Ivy) by winning its sixth straight at Yale Bowl, fifth-straight in the series and 10th in the last 11 meetings. It marked the highest output against Yale since an identical score of 45-7 at Cambridge in 1982.

To read the full story, including game highlights, visit gocrimson.com.