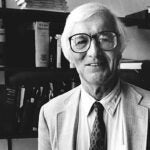 Davidson steps up as managing director of Dining Services

Preparing a big Thanksgiving dinner has been known to overwhelm even the most seasoned host — but not David Davidson.

As that fateful fall Thursday approaches, the new managing director of Harvard University Dining Services (HUDS) seems positively peaceful. Chalk it up to his years of experience in Harvard’s dining establishments, or his ease with feeding large crowds daily.

Or it could be that the seasoned food services director actually enjoys the hospitality. After more than 30 years in the industry — nearly half of them at Harvard — he’s ready to take the helm for his first Adams Hall Thanksgiving.

“I’ve just loved being in this environment from day one,” Davidson said. Since September, when he stepped into his new role, Davidson has been in charge of spreading that enthusiasm across Harvard’s 29 dining halls and retail operations and to HUDS’s 650 employees.

Add to that his responsibility for making Harvard’s Dining Services cost-efficient, keeping customers satisfied, and striving for sustainable practices across campus, and Davidson’s left juggling more plates than an overworked hostess with one too many Turkey Day side dishes.

“I wake up every morning, and I want to come to work,” he said. “I want every one of our employees to come to work feeling that way. If they do, then the sky’s the limit on what we can get accomplished.”

Growing up on the North Shore, Davidson was used to large family gatherings around the table. He was the third of a dozen children in an Irish-Italian family, born to a mother who was also one of 12.

“Sunday dinners at home were always a very big deal,” he said. His upbringing shaped his philosophy on hospitality. “As a large family, we had to work together — we had to collaborate and compromise.”

Food, hospitality, and community have defined Davidson’s career, as well. His first job as a teenager was washing dishes at a local nursing home, where his grandmother worked in the kitchen.

“Slowly, my grandmother taught me about the food, and I ended up being the cook on the weekends,” he said.

At 21, he got his first big break not far from Harvard Square, managing a McDonald’s in Davis Square in Somerville and then moving on to serve as general manager of a new location in Porter Square.

Culturally, a fast-food restaurant might seem miles away from the Yard, but Davidson insists they’re not so different. In fact, he said, his time at McDonald’s in the 1980s — including a stint at the company’s famed Hamburger University — taught him skills he uses every day at Harvard.

“I learned a lot from a business standpoint,” he said. “Most importantly, I learned you have to listen to folks. You have to let people complete a thought before you jump into the conversation.”

In 1991, Davidson responded to a classified ad for a café manager. As it turned out, the position would have him running Dudley Café. It was a simpler time for Harvard dining, long before sustainable diets and international palates came to rule college campuses. Back then, he said, anything too fancy might elicit a sidelong glance.

“I remember at one point the purchasing director asking me, ‘Why do you need three different kinds of mustard?’ ” Davidson said with a laugh.

From there, Davidson ascended through the ranks of HUDS. Despite taking jobs elsewhere over the years — four years directing dining services at Yale, three years managing food services at Phillips Exeter Academy, and a brief stint as vice president of the Back Bay Restaurant Group — he has always returned to Harvard.

In 2007 he became director of operations at HUDS, and he’s been treated like a prodigal son returned. It’s not uncommon for Davidson to be bombarded with handshakes, hugs, and kisses when he enters a dining hall.

“People want to see you, and we should be seen,” he said of the HUDS management. “My first boss here would walk every square inch of the facility. He would talk to every employee. It wasn’t just the people who were visible. He’d go into the kitchen, the dish room.”

Davidson and his next-in-command — Martin Breslin, director for culinary operations, and Rudolf Gautschi, director for residential dining — hold their twice-weekly meetings in a rotating lineup of dining halls.

And of course, Davidson will be in Adams on Thanksgiving morning, passing out small gifts to the dining hall employees who volunteer to feed 600 students, and snacking on turkey and mashed potatoes.

“What people see is not make-believe,” he said. His love of hospitality and the Harvard community “is who I am as a person.”