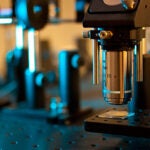 Winners of physics prize have strong ties to Harvard

The 2011 Nobel Prize in physics was announced early Tuesday — and all three winners have connections to Harvard.

One was an undergraduate at Harvard College. Two others did work as Harvard graduate students that put them on a path to the prize.

The physics Nobel this year acknowledges the 1998 discovery that the universe is accelerating, pushed outward by “dark energy,” a mysterious force that acts in a way opposite to gravity.

The vast scale of this unknown shook the world of cosmology, the science of how the universe originated and developed. Dark energy accounts for about 70 percent of all mass and energy in the universe. Combined with “dark matter” — undetectable particles with detectable gravitational pull, that figure is 96 percent. Meaning: All we see and know in the visible material realm, from stars to sand, makes up only 4 percent of the universe.

“It was a theory we couldn’t believe was true,” said astronomer Robert Kirshner, Clowes Professor of Science at the Harvard-Smithsonian Center for Astrophysics (CfA). Kirshner was dissertation supervisor for the two former graduate students who are new Nobel laureates. He is also the author of “The Extravagant Universe: Exploding Stars, Dark Energy, and the Accelerating Cosmos.”

Brian P. Schmidt, Ph.D. ’93, and Adam G. Riess, Ph.D. ’96, both studied at CfA and received their Ph.D.s from the Harvard Graduate School of Arts and Sciences. Kirshner said their student investigations into cosmic measurement led directly to their shares in the Nobel.

Schmidt’s dissertation was about measuring the expansion of the universe by using supernovae, luminous stellar explosions that can brighten whole galaxies. He is now at the Australian National University in Weston Creek, Australia, and directs the international High-Z Supernova Search Group, which was launched at Harvard 1993.

Riess’ dissertation introduced methods for making supernovae more accurate indicators of comic distance, in part by correcting for the light-obscuring properties of interstellar dust. “Those are the methods that we used for the work that won the Nobel Prize,” said Kirshner. Today, Riess is a professor of astronomy at Johns Hopkins University and the Space Telescope Science Institute in Baltimore.

Kirshner remembered telling a young Riess in 1997 that the idea of an accelerating universe was “scientific poison ivy.” A year later, though, Science magazine dubbed it the “Breakthrough of the Year.”

“They’re all my kids,” said Kirshner of Schmidt, Riess, and others who investigated dark energy in the days when it seemed like science fiction.

Kirshner reached Riess by phone Tuesday morning and was in email touch with Schmidt. Both were elated, of course, he said — but then again “people expect this after a while. This was not a total surprise.”

In those days of discovery, life wasn’t all astrophysics. Kirshner remembered Schmidt as a man of “unusual talents, including baking.” He was famous for his cakes and pies.

Riess, who moved to Harvard after a standout undergraduate career at the Massachusetts Institute of Technology, had his quirks too. “Adam did not like the hardship of observational astronomy. He did not like staying up at night. He did not like traveling to distant mountaintops,” said Kirshner. “He liked to analyze the data sitting in front of his computer wearing his slippers.”

That went against the notion of astronomers operating “in the heroic mode,” said Kirshner. “We go to the top of the mountain; we’re practically poets. But — really — it takes all kinds.”

During the 1990s, the technology for imaging and doing astrophysical measurements was improving rapidly, said Kirshner. “The people who were able to take advantage of it were people who were good with computers — very nimble. Adam and Brian were both of that generation.”

The rival Berkeley group had been working on measurement software for five years when Riess took a stab at it — and came up with something in a month, said Kirshner. “It was crummy software, it broke all the time, and it gave wrong answers — sometimes. But he really did do it.”

In those days, the race to find evidence of an expanding universe required measuring the distance to a supernova based on its apparent brightness. But there were confounders, like cosmic dust that made objects in space look dimmer and farther away than they sometimes actually were.

The Harvard team had a few advantages over their West Coast rivals, said Kirshner. Riess and others had found a way to correct for cosmic dust, he said. They had more experience with measuring supernovae. And they got a bigger data sample — three supernovae measured — during an intensive 1995 session on the Hubble Space Telescope.

Still, the idea of an accelerating universe and the idea of dark energy hovered on the edge of plausibility in 1998, said Kirshner. But since then other ways of measuring the properties of the universe have offered further evidence, he said.

One being pursued at Harvard and the University of Chicago involves examining “shadows” left by ancient galaxies at the South Pole — a kind of uniform rain of microwave radiation. Another, also at Harvard, involves measuring galaxy clusters using the Chandra X-ray Observatory satellite.

So evidence is piling up behind what was not long ago a maverick notion. All signs “point to this history of the universe as being a real thing,” said Kirshner, “not an illusion.”

According to the statutes of the Nobel Foundation, “work produced by a person since deceased shall not be given an award. … However, the decision to award the Nobel Prize to Ralph Steinman was made in good faith, based on the assumption that the Nobel laureate was alive,”  states the Nobel Foundation’s website. “The decision made by the Nobel Assembly at Karolinska Institutet thus remains unchanged.”