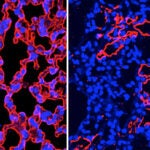 Researchers have built a map that shows how thousands of proteins in a fruit fly cell communicate with each other. This is the largest and most detailed protein interaction map of a multicellular organism, demonstrating how approximately 5,000, or one-third, of the proteins cooperate to keep life going.

“My group has been working for decades, trying to unravel the precise connections among the proteins and gain insight into how the cell functions as a whole,” says Spyros Artavanis-Tsakonas, Harvard Medical School (HMS) professor of cell biology and senior author of the paper. “For me, and hopefully researchers studying protein interactions, this map is a dream come true.”

The study is published Oct. 28 in the journal Cell.

While genes are a cell’s data repository, containing all the instructions necessary for life, proteins are its labor force, talking to each other constantly and channeling vital information through vast and complicated networks to keep life stable and healthy. Humans and fruit flies are both descended from a common ancestor, and in most cases, both species still rely on the same ancient cellular machinery for survival. In that respect, the fruit fly’s map serves as sort of a blueprint, a useful guide into the cellular activity of many higher organisms.

Understanding how proteins behave normally is often the key to their disease-causing behavior.

For this study, Artavanis-Tsakonas and his colleagues provide the first large-scale map of this population of proteins. Their map, which is not yet complete, reveals many of the relationships these myriad proteins make with each other as they collaborate, something which, to date, has been to a large degree an enduring mystery among biologists.

One significant use for such a map is to assess how a cell responds to changes in metabolic conditions, such as interactions with drugs or in conditions where genetic alterations occur. Finding such answers might lead to future drug treatments for disease, and perhaps to a deeper understanding of what occurs in conditions such as cancer.

“This is of extraordinary translational value,” Artavanis-Tsakonas said. “In order to know how the proteins work you must know who they talk to. And then you can examine whether a disease somehow alters this conversation.”

A pivotal part of this research involved a scientific technique called mass spectrometry, which is relatively new to the science of biology. The ultra-precise mass spectrometry experiments were done by HMS Professor of Cell Biology Steven Gygi. Mass spectrometry is used to measure the exact weight (the mass) and thus identify each individual protein in a sample. It is a technique originally devised by physicists for analyzing atomic particles. But in recent years mass spectrometry was adapted and refined for new and powerful uses in basic biological research. Other studies using similar techniques to date have focused on small groups of related proteins or single-celled model organisms such as bacteria and yeast.

Despite the huge amount already known about the fruit fly and its genetic endowment, much about the function of thousands of proteins remains a mystery. This map, however, now gives us precise clues about their function. Filling in the detailed protein map can help scientists gain important insights into the process of development, that is,  how a creature is put together, maintained, and operated.

“Our analysis also sheds light on how proteins and protein networks have evolved in different animals,” said Guruharsha Kuthethur, a postdoctoral fellow in the Artavanis-Tsakonas lab and a first author of the paper.

Co-lead authors of the paper include Jean-Francois Rual, also a postdoctoral fellow in the Artavanis-Tsakonas lab, and Julian Mintseris and Bo Zhai, both research fellows in Gygi’s lab.

Also important in this effort was the work of  K. VijayRaghavan, at the National Centre for Biological Sciences in Bangalore, India. Similarly, crucial contributions to this work also came from the University of California, Berkeley, where Susan E. Celniker collaborated through her studies in the fruit fly genome center.

This research was funded by the National Institutes of Health.