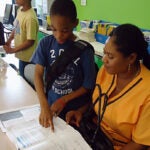 The Ash Center for Democratic Governance and Innovation at Harvard Kennedy School (HKS) announced more than 60 student and research fellows for the 2011-12 academic year. Fellows hail from around the world to study at the Ash Center — from as far away as Malawi, Japan, and China, to Palestine, Germany, Italy, and India. Their research topics mirror the diversity of the countries they represent: from clean water scarcity in rural Africa and environmental activism in Japan to challenges to China’s governance policies and the automotive industry in Mexico.

Two enrolled HKS students were selected as Roy & Lila Ash Fellows, five as Ford Foundation Mason Fellows, and one as an HKS Indonesia Program Fellow. The center also welcomes 19 Lee Kuan Yew Fellows, who are enrolled at HKS for one semester as part of their master in public management degree from the National University of Singapore. Five doctoral and postdoctoral scholars join the center as Democracy Fellows. Academics as well as government and business practitioners will pursue independent research projects for the academic semester as the center’s four Indonesia Research Fellows, three New World Fellows, and 24 Rajawali Fellows.

“We are pleased to be able to host and support such an impressive group of scholars, public servants, and private sector individuals this academic year,” said Anthony Saich, director of the Ash Center. “Their expertise and past experiences promise to enhance our Center’s existing research on democratic governance and innovation.”

Read more about the fellows.