On summer break, a poem 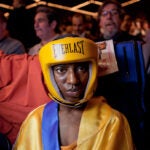 Biography leads student to pen an ode to 375th

Tucked into the hillocks and vales of Maine, with no pipettes to wield, no newspaper articles to draft, no middle schoolers to teach, I was amid summer vacation at last. My Yankee bones, like New England weather, never seem to linger in one place too long, so when someone says “vacation,” I often think “boredom.”

And with sophomore year behind me and my internship a month away, I was deep in the doldrums.

But then a friendly phrase of Eliot House Master Doug Melton breezed across my memory. “I think boredom can be a good thing. It makes you figure out what you would do if you could do it.” I thought back over the last semesters and asked myself: When I wanted time, what did I want it for? To read was the answer, and so read I did. I read when I fished; I read things I hadn’t the chance to while pushing electrons around in organic chemistry class. After I totaled my fair share of Waugh and Wodehouse, I decided it was time for a biography, a craving I hadn’t indulged in a very long while — after all, a student’s life was busy enough without looking into someone else — but if I intended to spoil myself, I would spoil myself rotten. Off the shelf came a biography of Oliver Wendell Holmes Sr.

Holmes shared a wicked habit with me, I soon found out. We were both medically minded and suffering from an incurable love of letters of the worst strain: poetry. Science and literature had always seemed mismatched penchants, but if it was good enough for Holmes, it was good enough for me. I was no stranger to the practice, spoofing Robert Service’s Yukon ballads for fishing trips or “’Twas the Night Before Christmas” for a holiday party freshman year. Apparently, Holmes was no stranger to the practice either. He not only bandaged his anatomical lectures in wit and quips, but also never refused the opportunity to write a commemorative poem, whether for a Harvard Commencement or the opening of a community garden.

No more than a week later, I was cruising classes online for the upcoming semester, and I noticed preparations were under way for an important celebration: Harvard’s 375th anniversary. My taste for reading glutted but my mind still bored, I glanced over to the bookshelf, and alighted on the spine of Holmes’ biography. “Well, if he isn’t going to write this up, I suppose I will,” I chuckled to myself, and with that, I began to scratch the pen along the page.

Many familiar ghosts of Harvard past could have been conjured in this poem’s composition. But since the setting of my freshman year was Hollis Hall, I thought it best to be true to select the Harvard worthies who haunted the hallowed halls of Hollis (north or south). The less familiar — at least for the present — are examples not only of excellent friendship and scholastic acumen, but also of the diversity that Harvard has welcomed into the fold.

The poem highlights a few of the more prominent architectural features of the Yard, as well as some of the men who made it special. Then there are the social monuments, including the nation’s oldest collegiate club, the first constituted Academic Lodge, and the oldest collegiate newspaper — all hallmarks of Harvard’s importance to the history of American higher education. Also important is the history of our final clubs. Then there is the tradition of Harvard’s commitment to athletics, highlighted by our crew team.

The last few stanzas touch briskly on the sprawl of Harvard, once confined to the Yard and the Bible, but now straddling both sides of the Charles River and beyond in government, business, medicine, engineering, and many other fields. America grew up (and out) with Harvard.

When I arrived in Dudley’s town
Glad other Cambridge turned me down,
With timid step through Johnston Gate,
I mused what marvels might await.

I scaled the steps of Hollis Hall
As Washington’s troops had done before,
And fumbling with the dorm-room key
I unlatched my freshman door.

On my table some parchment lay
The richest thing in this bare room
Eager to read what it did say,
A list of names, with my name soon.

A Thayer here, a Weld or so,
An Emerson and Thoreau,
Charles Eliot, whom soon I’d meet
In sophomore year on Dunster Street.

Then later on the names to see
John Updike and Joe Kennedy
And when my fingers turned the page,
I fell into a different age.

A Wood, Kubiki, and Malik,
Villenueva and sons of shaman.
The names of servants turned to sheiks,
Some surnames of first Brahmins.

And later still to dot the page
Annie, Audrey, Jen, and Bri
Oh yes, this was a varied age
Free to others other than me.

I looked to the Yard with eager eye
Thanks to Kirkland, free of sties.
Although should you ask my guardian
My dorm’s an epicure’s pigpen.

And just a stroll down the way fair
A figure seated in a chair
Who gave his name to this famed Yard
But not his face, our John Harvard

Many a memorial steeple strives
In dedication to the lives
Of men who gave what was to give
So by their deaths, our freedoms live.

Not for the iron professors insist
To share friendship with their theories
Some unfound and some now missed,
Like Rev. Gomes’s Sparks House teas

And countless halls to say each name
From and for many of fame
But other monuments here to find,
Are those of society and of mind.

The Hasty Pudding, a club so sweet
Since 1770 has served a treat.
Though earlier clubs have starved away
Our final clubs still dine today.

Pound and Lake joined as a team
To erect the first Lodge Academe.
And a paper that in Crimson letters,
Though oldest, brings news. It has no betters.

We’ve fostered minds of acme’s aesthetics
And strengthened victors of athletics.
And for The Game we’ve braved the cold
In tribute to a rivalry old.

At drowsy dawn, through brumous morn
Along the Charles swiftly borne
The crewmen flex their forms and hasten
Better than those who rowed for Jason.

Straddling the fair Charles we see
Schools that make our University
Though separate, we’ve struck down the sin
Once known as inter-discipline

Business, Medicine, Government, Law
Divinity too I even saw.
So many avenues free to take
For this young man now on the make.

Made of cobblestones that pave my soul
With ivy that my heart enfolds
And on my lips, a most just cause
One single word, veritas.