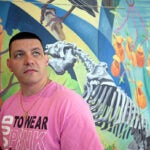 Lawrence S. Summers, Charles W. Eliot University Professor and president emeritus at Harvard University, has been awarded the 2011 Global Economy Prize by the Kiel Institute for the World Economy. The awards ceremony was held June 19 in Kiel, Germany.

“The Global Economy Prize highlights the achievements of those who view globalization as an opportunity to tap our creative potential,” said institute president Dennis J. Shower. “The prize winners recognize that our standard of living can be protected only through free market activity itself. Success in the globalization process requires adequate incentives to work, save, invest, and obtain training and education. By these means, societies promote economic activity based on individual initiative and responsibility and avoid wasting our physical and human resources.”

Summers currently serves as co-faculty director of Harvard Kennedy School’s Mossavar-Rahmani Center for Business and Government. He has served in a number of senior policy positions in the federal government including as director of the National Economic Council for the Obama administration from 2009 to 2011, and as secretary of the U.S. Treasury from 1999 to 2001. He has also served as vice president of development economics and chief economist of the World Bank.