The one, indispensable book 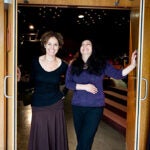 Harvard authors suggest their favorites for graduates heading into the world

We asked some authors featured in Harvard Bound over the past year: What is an essential, must-read book for today’s graduates, and why? Here’s what they suggested, as the newest Harvard degree-holders head into the world.

“The Prime of Miss Jean Brodie” by Muriel Spark
“The summer is coming. It’s time to leave the halls of learning for other places. But Muriel Spark, thankfully, invites us to linger. ‘The Prime of Miss Jean Brodie,’ published in 1961, is a slim, hilarious, devastating novel. It offers a pitch-perfect depiction of the close-knit, all-seeing ‘Brodie girls’ and their charismatic but flawed teacher. We are invited into their collective curiosity and longing. We share their losses. Spark gives access to the exhilarating (and fleeting) pleasures and pains of school — to the romance and danger of falling for your mentors. When one wishes be a student again (or finds oneself in the role of leader, eager faces peering up), this is the novel to open.”

Edward Glaeser, Fred and Eleanor Glimp Professor of Economics and author of “Triumph of the City: How Our Greatest Invention Makes Us Richer, Smarter, Greener, Healthier, and Happier”

“The Wealth of Nations” by Adam Smith
“Smith’s magnum opus created the field of economics, and it remains the best introduction to the economist’s mindset. It is crammed with brilliant observations on questions that remain relevant today. Why do some jobs pay more than others?  What’s the best means of paying for new infrastructure investment? It is also beautifully written, filled with the author’s sharp wit. As an added bonus, the book is a valuable historical document that provides a connection to the heart of the Scottish Enlightenment, which did so much to provide the intellectual background for the founding of the United States and its Constitution.”

“Leviathan” by Thomas Hobbes
“This book has everything in it: religion, philosophy, a theory of human nature, government, even international affairs. It helped set the stage for the modern world. And yet some of its teachings have been forgotten, especially the lesson that without order, law and liberty are impossible. If we read ‘Leviathan’ more closely, we would think long and hard before using force to change regimes.”

Marjorie Garber, William R. Kenan Jr. Professor of English and of Visual and Environmental Studies and author of “The Use and Abuse of Literature”

“The Complete Works of William Shakespeare” by William Shakespeare
“For many years I taught a two-semester lecture course on Shakespeare as part of both the English Department curriculum and the Core program. The course met in Sanders Theatre, and, as is often the case with such large courses, I did not get to meet every student individually, although I attended discussion sections, joined students for dinner in the Houses, and on one memorable occasion waltzed onstage with an inspired undergraduate to the strains of ‘Brush Up Your Shakespeare.’ (That brave sophomore from long ago is now a college professor.) At the end of the course, though, there were always a few students who lingered in the lecture hall, or came to my office hours, to tell me that they were planning to take their copy of the ‘Complete Works of William Shakespeare’ with them on their summer travels, whether backpacking across Europe, hiking in the American West, or on another, equally adventurous journey. I marveled then, as I do still, at the power of Shakespeare to enchant and engage, even to the point that a heavy, bulky book of his plays — not just a couple of convenient, packable paperbacks — was regarded as an essential travel companion. I hoped, and still hope, that voyaging in the company of Shakespeare, and encountering the pleasures of some of his least known — as well as his most-celebrated — works gave these students the exhilaration it has always given me. I’d love to know what they read on their travels, and what they discovered.”

“Invisible Man” by Ralph Ellison
“Ralph Ellison’s ‘Invisible Man’ encapsulates so much of modern American history and literature that it counts for several books at once. From my perspective, the novel’s enduring significance derives as much from its complex politics as from its mastery of the techniques of literary modernism or its value for illuminating aspects of African-American history. The deathbed advice of the protagonist’s grandfather — ‘affirm the principle’ — functions as a leitmotif that seems to signal Ellison’s own refusal to reject the potential of American democracy, despite the nation’s failure to live up to its stated ideals of liberty and equality. Ellison’s critics denounced his apparent embrace of the American promise, but they misunderstood his protagonist’s iron-willed ambivalence. That resistance to despair has earned widespread admiration from generations of readers, including a disaffected teenager named Barack Obama who devoured the book while growing up in Honolulu. ‘Dreams From My Father,’ Obama’s own tale of growth and education, likewise wrestles with race, gender, and politics through extended detours into the puzzles of interiority and reflects his sustained engagement with ‘Invisible Man,’ a novel testifying as powerfully as either of Obama’s books to our culture’s enduring fascination with the tragedies and the promise of democracy in America.”

Howard Gardner, John H. and Elisabeth A. Hobbs Professor of Cognition and Education and author of “Truth, Beauty, and Goodness Reframed”

“The Story of My Experiments with Truth” by Mahatma Gandhi
“I consider Mohandas [Mahatma] Gandhi to be the most important human being of the last millennium. He not only realized that individuals of different backgrounds, religions, and values had to be able to confront one another nonviolently; going beyond Christ’s example, he worked out the methods, ‘the algebra,’ whereby such confrontations would be staged and resolved, ultimately strengthening each of the struggling parties. In addition to his indispensable role in the Indian independence movement, he inspired activists in South Africa, China, Egypt, and the America of Martin Luther King. The autobiography is neither artfully worded nor elegantly composed, but it describes in remarkably informative detail the ways in which Gandhi developed his own persona, learned from his mistakes, and inspired others. If one wants to understand the difference that one person can make, and how he went about his mission, there is no better source.”