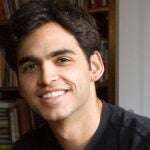 Emily Shire ’11 won this year’s Norman Podhoretz Prize in Jewish Studies for her essay “Interwar Kosher Cookbooks: Recipes for Jewish-American Identity.” This award is given to the student who submits the best essay, feature article, or short story on a Jewish theme. A tribute to Norman Podhoretz, editor of Commentary magazine from 1960 to 1995, the prize is sponsored by the Ernest H. Weiner Fund at the American Jewish Committee.

Benjamin Lerner ’11 and Avishai Don ’12 both won this year’s Selma and Lewis Weinstein Prize in Jewish Studies. Lerner’s entry was “On the Origin of the Jewish Defense League: How the Holocaust, Counterculture, and Identity Politics Shaped an Aberrant Jewish Group” and Don’s entry was “Slaying Goliath at Camp David: An Analysis of Camp David I and Camp David II.”  The Weinstein Prize is given to the student who submits the best undergraduate essay in Jewish studies, and was established by Lewis H. Weinstein ’27, LL.B. ’30.