In trash, an unlikely muse 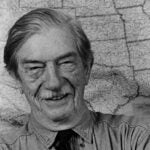 Man of many jobs works to green the Arboretum

Nima Samimi has been a chef, a baker, an apprentice carpenter, a muscular therapist, a touring folk singer, and a community organizer. He has written a prize-winning thesis on the Haitian revolution of 1791 and is studying to become a historian of the Middle East. Since his first two paying gigs at age 11 — collecting maple sap in the winter, and working as a library page in the summer — he has held 43 jobs.

“Specialization,” the science fiction author Robert Heinlein once wrote, “is for insects.” He could have been talking about Samimi. The 33-year-old Iranian American may be the most overqualified trash collector around.

“I think it was a necessity-is-the-mother-of-invention situation,” said Samimi, who struck out on his own at 17, reflecting on his many mini-careers. “But also, I think like most children I was born with a natural curiosity about all things.” Unlike most kids, he never grew out of it.

Samimi is the only gardener at the Arnold Arboretum, but his title is somewhat misleading. He’s responsible for maintaining and protecting the Arboretum’s 265-acre grounds, from its gates and benches to its roads to its precious flora. For some, the job might invite tedium — it involves a lot of trash.

But Samimi has used garbage as an unlikely muse for the kind of creativity and resourcefulness learned after a lifetime of odd jobs. In his four years at the Arboretum, he has devised a number of inventive solutions to reduce waste and litter and promote recycling on the grounds, earning him the first-ever Arnold Arboretum Director’s Innovation Award in 2009.

“The crux of my job is trash,” he said as he made his rounds on a warm, overcast April morning. “You’ve got to get it when you see it.” He paused midsentence and hopped out of his beat-up Chevy to grab a discarded tissue off the side of the road.

“It’s a nightmare,” he continued. “In my off time, all I see is trash.” His days, which begin at 7 a.m., often find him roaming the Arboretum like a modern-day Thoreau. He quickly noticed ways in which the Arboretum’s trash collection could be improved.

First, he researched and installed recycling bins around the Arboretum. Another problem he noticed, however, was more intractable. The park’s many dog walkers would leave spare plastic bags hanging from the Arboretum’s gates for anyone who had forgotten their own.

While the thoughtful gesture did reduce dog waste, Samimi said, “the bags would blow off the gates into the grounds, and I’d be running around picking them up.” One day, he began to sketch a design for a mesh basket to attach to the front of a trash bin, like a large tissue box. He took his design to the Arboretum’s welder, and the Arboretum’s dog walkers now have “take a bag, leave a bag” drop points all around the grounds.

Perhaps most impressive, he figured out a little-known way to recycle Styrofoam, a process that has taken him three years.

“I called over to [the main Harvard campus] to ask how they recycle Styrofoam, and they told me there was no such way,” he recalled. Samimi researched the issue and found Conigliaro Industries, a Framingham company that would recycle the Arboretum’s Styrofoam — but only in 1,000-gallon increments. Because the material is 90 percent air, Samimi said, the company only deals in large quantities.

In addition to allowing him to dream up new ideas, Samimi’s job gives him the freedom to pursue his real passion: Middle Eastern history. He lobbied aggressively for a job at the Arboretum so he could take advantage of Harvard’s libraries and its Tuition Assistance Plan.

He was offered the job in 2007, shortly after finishing his bachelor’s degree in history at the University of Massachusetts Boston. He had started college at 24, putting himself through by working full time as a waiter, mover, and assistant building manager.

Working so many jobs meant he had already “learned how to learn,” Samimi said. “Surprisingly, I was a pretty good student, and it occurred to me for the first time in my life that I was interested in scholarship.” He has since taken classes at the Harvard Extension School, where he hopes to earn a master’s degree.

Samimi may not fit the mold of a typical grounds worker, but the position suits his rather offbeat sensibility, he said.

“This is a great place to work,” he said. “I can’t imagine any other job where people would have supported me to do the things I’ve done.”