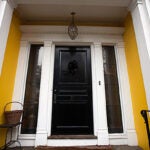 Memorial service for the Rev. Gomes

Will give talk on war, history in May

Drew Faust, eminent historian and president of Harvard University, will deliver the 2011 Jefferson Lecture in the Humanities on May 2 at the John F. Kennedy Center for the Performing Arts in Washington, D.C. The annual lecture, sponsored by the National Endowment for the Humanities (NEH), is the most prestigious honor the federal government bestows for distinguished intellectual achievement in the humanities.

“It is a rare individual who can break new ground from both the library archives and the president’s podium,” said NEH Chairman Jim Leach. “Drew Gilpin Faust is a pathfinder, as a scholar and a leader in higher education. This distinguished historian has revealed for us the lives and minds of those confronted by the turbulent social changes of the Civil War era, and then proceeded to apply extraordinary administrative skills to leadership of one of the world’s premier academic institutions.”

In her lecture, “Telling War Stories: Reflections of a Civil War Historian,” Faust will discuss representations of war throughout history.