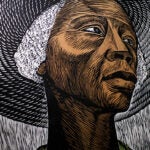 Twenty-five years after the world’s worst nuclear disaster, that single word still packs enormous power. Chernobyl is now a deserted city in northern Ukraine, but for some people it is also a nine-letter argument for eliminating nuclear power.

Tuesday of this week (April 26) marked the quarter-century anniversary of the accident, which released 400 times the radiation as the atomic bomb that leveled Hiroshima.

Smoke-borne radiation from an explosion and fire at Reactor No. 4 contaminated 2,600 square kilometers, and penetrated parts of Belarus, Russia, and Europe. Nearby, 350,000 people were evacuated, including 50,000 from Prypiat, a workers’ city a few kilometers away. To this day, it is a spooky ghost town, whose abandoned ferris wheel has become an iconic image of sudden disaster.

The Davis Center for Russian and Eurasian Studies at Harvard University commemorated Chernobyl with a one-day workshop April 26. Scholars discussed the disaster’s ecological consequences, its psychological toll, and its meaning for the future of nuclear power internationally.

Historian Paul Josephson of Colby College remarked on the world’s still incomplete understanding of the health effects of ionizing radiation, but estimated that the accident will spawn 50,000 extra cancer deaths. Meanwhile, he said, the natural environment — trees, wildlife, and cropland — is recovering with surprising rapidity.

Independent researcher Tammy Lynch, a fellow at the Institute for the Study of Conflict, Ideology and Policy at Boston University, looked at Chernobyl’s impact on local life and politics. The real story of Chernobyl is personal and not scientific, she said, and 2.4 million residents of the former Soviet Union have the status of being “Chernobyl-affected.”

But he said the still-unfolding nuclear disaster in Japan — though now the only other Level 7 on the International Nuclear Event Scale — has so far released only 10 percent of Chernobyl’s radiation, and most of it to the sea.

“Chernobyl was really a very different story,” mostly because of the Soviet Union’s clumsy attempts to conceal the accident, Bunn told National Public Radio in an April 27 interview.  But the accident focused the world anew on safety at nuclear power plants, which today are “dramatically safer” than 25 years ago.

After the workshop concluded, art was a means of reflection too. About 20 visitors attended an opening reception for “The Day the Ferris Wheel Stood Still,” an exhibit of Chernobyl photos on display at the Knafel Building’s Fischer Commons through Aug. 12.

The photos — haunting and hopeful all at the same time — were culled from thousands taken by onetime National Geographic photographer Tania D’Avignon. Born in the Ukraine, she has made eight visits to post-accident Chernobyl since 1988.

“What we see here is social history,” said Lubomyr Hajda, associate director of Harvard’s Ukrainian Research Institute, the exhibit sponsor. “It’s not simply the story of an event in physics.”

And true enough, the photos tell the human side of the story. One called “Death Bridge” was taken from a span overlooking the reactor. Just after the accident, children lined the railing there to watch. None of them, D’Avignon said, survived.

Other photos, “faces from the zone,” are frank close-ups of big, grizzled men in high fur hats, some of them the “accident liquidators” who survived to be photographed.

The pictures capture what was left behind in the hurried (though delayed) evacuation of Prypiat: a jar on a kitchen windowsill, cloudy with age; a pot hung to dry on a fence post; shoes scattered on a kindergarten floor; a dusty chair on an apartment balcony. Next to it, a sapling juts high out of the flagstones.

“It’s fantastic that nature is coming back,” said D’Avignon, “but the reason it’s coming back is sad.” Animals, trees, and grasses that have not thrived for a long time are reviving within the 30-kilometer exclusion zone, she said, “only because this is a condemned area.”

Nature reasserting itself brings a kind of beauty. In one photo a fallen fence lies in a fan of boards. House shutters are weathered to a mosaic of cracked paint.

There is hope within catastrophe and ruin, too. Some of D’Avignon’s subjects are the visitors to the cemeteries within the exclusion zones, when once a year — on the Sunday following Easter — former residents are invited back to pay respects to the dead. In one picture, two old women in black headscarves picnic on the cemetery grass, laying out a meal of pickled eggs, brown bread, and vodka.

Other photos depict the scattering of elderly Ukrainian samosely, or “self settlers,” who have moved back into the rural environs of Chernobyl to farm in the peace of a deserted area. In one photo, a cheerful burly man in a cap strides along a dirt path, followed by pecking chickens. “They are so happy to be there,” she said of the elderly pioneers. “They eat everything.”

D’Avignon moved to the United States with her parents at age 7 and in 1964 started revisiting her homeland as a recent art school graduate. In 1986, she started eight years as a contract photographer with National Geographic.

During her first visit to the disaster area, in 1988, D’Avignon was struck by the silence. “There were no sounds. There were no birds singing,” she said of her springtime visit. “There was nothing. It was just the wind.”

At the reception, Vlad Vepryev, a Ukraine-born graduate student in government at the Harvard Extension School, peered intently at the photographs. He was 12 when Chernobyl went up in radioactive smoke. A few days later, the political elite of his town, which was  more than 100 miles  from the unreported disaster, watched the May Day parade on a hot spring day. In a parody of radiation protection, they were dressed in winter clothes and wearing outsized sunglasses — not yet ready to share the secret with the public at large.

And D’Avignon’s  photo show? “It’s a clear picture of regular life,” said Vepryev , “regular life in the Ukrainian countryside without any chance of going back.”

The photo exhibit is on display at the Knafel Building’s Fischer Commons through Aug. 12.