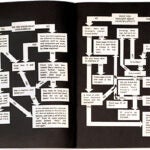 John Tiffany has ripped a page from the Diane Paulus playbook. Much like the American Repertory Theater’s (A.R.T.) artistic director, the Englishman is expanding the boundaries of theater, even taking his productions into the streets and onto the facades of buildings.

Tiffany is the associate director of the National Theatre of Scotland, a nomadic production company with no official home base. Instead, it travels the country visiting remote locations and creating theater productions wherever it can: in a museum, on a ferry, even in a forest. The company’s motto is “theatre without walls.”

In 2006, Tiffany helped to direct “Home,” a production that took place in 10 locations across Scotland simultaneously. In his particular production, people with video cameras rappelled off an apartment tower in Glasgow and shot a series of scenes with his actors that were unfolding in different apartments. The footage was then displayed on a giant video screen to an audience seated on a grassy hill below.

The 2009 production of “Transform” operated like a mystery where the audience took on the starring role of detective. The crowd was unleashed on a local town to gather information about a missing girl, encountering actors and clues along the way.

A current fellow at the Radcliffe Institute for Advanced Study, Tiffany called the interactive play a kind of “treasure hunt where the narrative was the treasure” during the institute’s 2010–11 Julia S. Phelps Annual Lecture in Art and the Humanities.

Tiffany is using his year at Harvard to examine a much more intimate, intrinsic side of theater, one he argues is just as provocative and groundbreaking as his company’s imaginative works and “just as radical and as powerful a tool in terms of the evolution of theater.”

As a fellow at Radcliffe, he is exploring paralanguage, or “everything that comes out of our mouths when we communicate apart from the words.” Intonation, volume, accents, and dialects are Tiffany’s domain for the academic year, as are things such as the works of Shakespeare, aphasics, and linguistics, among others.

“I am increasingly excited to explore onstage the way we actually speak,” said Tiffany. “We stutter, and we stammer, and we ‘um’ and ‘ah’ and ‘er.’ When you hear that onstage it sounds radical, it’s shocking, and surprising, and it also has the potential to make an audience active and alert and gripped.”

Last semester Tiffany spent uncounted hours reading about the fields of linguistics and neuroscience and examining areas like code switching or moving between variations of languages in different contexts.

Over the next few months, he is studying how people communicate through their pitch and intonation, even their pauses or the spaces between their words. He is researching the way that public figures like Franklin D. Roosevelt, Ronald Reagan, and even Adolf Hitler carefully crafted their speaking styles.

Through his work, Tiffany has connected with Nancy Kanwisher of the Brain and Cognitive Sciences Department at the Massachusetts Institute of Technology, audited classes with Harvard Linguistics Professor Maria Polinksy, and discussed the Bard with Marjorie Garber, Harvard’s William R. Kenan Jr. Professor of English and of Visual and Environmental Studies, and a Shakespeare expert.

Though he had no plans to create a theater piece based on his year at Radcliffe, Paulus insisted.

“She dangled a carrot which I couldn’t refuse,” said Tiffany of Paulus, who offered up her second-year M.F.A. students at the A.R.T. Institute for his use. Tiffany will direct the students’ final show of the season, based on his research.

With his research, Tiffany hopes to capture a realistic energy that paralanguage offers. He also hopes to forge a greater connection with his audiences and possibly change the nature of what people consider theater.

“We don’t use the full resource of our voices on stage in terms of its communication,” he said. “It’s because — writers and directors and actors — we love lines that are witty and articulate and are beautifully structured, and that is wonderful. I don’t think for a second we shouldn’t do that. But I think there is other potential as well with this research, because we don’t speak like that. I wonder if there is a lyricism and an energy to be found in something which reflects much more truthfully how we speak.”