Race in America, made personal 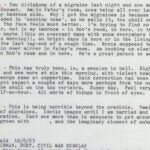 Diary from a darkened room

In the early 1960s at age 6, she enrolled in an all-white elementary school as the only black student in her first-grade class. Later, after reading biographies of Thomas Jefferson, she found herself drawn to the nation’s third president, in part because of his fascination with books, much like her own, his insatiable curiosity, and his claim to support equality even though he owned slaves.

Those early experiences may have helped to inspire Gordon-Reed, now a Harvard Law School professor, to write two seminal books that have been credited with redefining the nature of scholarship on Jefferson.

In 1997’s “Thomas Jefferson and Sally Hemings: An American Controversy,” she explored the relationship between the Revolutionary leader and his slave, the half sister of his wife, presenting a convincing case that Jefferson fathered several children with Hemings after his wife’s death. The assertions in her work were ultimately validated by DNA evidence showing that Hemings’ descendants came from Jefferson’s male line.

Building on that work, Gordon-Reed authored “The Hemingses of Monticello: An American Family” in 2008. The book won numerous awards, including the Pulitzer Prize in history, the National Book Award, and a genius grant from the MacArthur Foundation. The Pulitzer board called her book “a painstaking exploration of a sprawling multi-generation slave family that casts provocative new light on the relationship between Sally Hemings and her master, Thomas Jefferson.”

During an informal talk at the Radcliffe Institute for Advanced Study on March 10, Gordon-Reed discussed the plans for another volume of her award-winning work that will follow Sally Hemings and her descendants from 1830 through the early 20th century. Her research has taken her to Charlottesville, Va., where Sally Hemings and her extended family lived after Jefferson’s death.

Exploring the history as well as the social and cultural dynamics of the Southern city, Gordon-Reed, who is also Carol Pforzheimer Professor at the Radcliffe Institute as well as a professor of history in the Faculty of Arts and Sciences, said she was trying to “re-create the world of Charlottesville and the Hemingses, and to go deeper than people had done up until this point.”

Much of her work has involved examining records in which census workers from the community determined a person’s race.

Gordon-Reed noted that members of the Hemings family were described differently by the census, some designated as white, others as mulattos, still others as Negroes. Sally Hemings herself was listed as a free white woman in 1830, but she wasn’t legally free, said Gordon-Reed.

“This family is skirting the boundaries here of race and of even freedom … Sally was never formally freed; she was informally freed by Jefferson.”

With an old letter, Gordon-Reed explored the complicated dynamics between the Hemingses and the Jeffersons.

Madison Hemings, one of Jefferson’s sons with Sally, did carpentry work for Jefferson’s grandson, Thomas Jefferson Randolph. Angry at not being paid, he wrote a testy note to Jefferson demanding the money owed for a job he had completed. The document, said Gordon-Reed, offers insight into the “tangled relationships” that continued between the Hemingses and the Jeffersons “after everything has fallen apart and is destroyed at Monticello.”