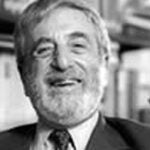 When Leon Eisenberg came to Harvard Medical School in 1967 as Professor of Psychiatry and Chief of the Department of Psychiatry at the Massachusetts General Hospital, he was 45 years of age and already had behind him a pathbreaking career in child psychiatry at Johns Hopkins Medical School. Indeed, the New York Times obituary for Leon, who died in 2009, after 42 distinguished years at Harvard, primarily covered the achievements of his 15 years at Hopkins. And those were impressive years indeed. Leon worked with his mentor, Leo Kanner, to study autism. He completed the first long-term study of autistic children—a study that was a model for its time because of the use of empirical measures that could be replicated and its longitudinal design. He pioneered the study of school phobia, conducted the first rigorous examination of stimulants in the treatment of attention deficit disorder, and completed one of the first studies of structured brief psychotherapy for anxiety disorders. And he conducted the first controlled clinical trial in child psychiatry, which was one of the first in all of psychiatry. Characteristically, his early research focused on biological, psychological and social processes and made the case for population-based public health strategies to prevent and treat mental health problems. In an era dominated by psychoanalysis, Leon came to Harvard as perhaps the best known advocate for empirical science in psychiatry.

But his decades at Harvard did not take a back seat to his years at Hopkins. Quite the contrary. During his 9 years at the MGH, he assembled and directed an academically powerful department that produced outstanding research in biological, psychological, and social approaches to mental illness. During his watch, that Department turned out the largest percentage of full-time academic psychiatrists of any training programs in American psychiatry before or since.

In 1980, Leon Eisenberg took over the then small and quiet Department of Social Medicine. Over 11 years, as the Presley Professor and Chair, he made that Department come to stand for social medicine worldwide. Leon Eisenberg did not create social medicine—John Ryle founded the first Department at Oxford in 1948. But Leon built a Department that exemplified what the best of social medicine could do. This included studies of social and health disparities, before that term was even coined, and social policy for health; global health research in poor societies, in which mental health for the first time was prioritized; a groundbreaking M.D.-Ph.D. program in the medical social sciences and humanities that trained leaders of today such as Paul Farmer and Jim Kim; new programs in medical anthropology and medical history that bridged HMS and FAS; the first HMS-wide program in ethics; among other accomplishments.

During his years at HMS, Leon Eisenberg was centrally involved in our School’s major efforts at diversity with his particular emphasis on affirmative action for African Americans and women in admissions to HMS. He had personally experienced the anti-Semitism and restricted quotas on Jewish students in the 1940s, and it left in him an enduring commitment to civil rights, the rights of children and women, and human rights more broadly. He lobbied four different HMS Deans on behalf of improving Harvard’s conflict of interest regulations, and became the conscience of the faculty over any number of ethical issues, and this role extended, through his influential publications, beyond Harvard to the professions of psychiatry, pediatrics and medicine more generally.

The author of more than 250 articles in refereed journals and 130 book chapters, Leon also co-edited nine books. Yet it was his seminal essays in leading journals of medicine and science that gave Leon Eisenberg his real influence on and in the medical profession. His essays on the human nature of human nature; the central difference between illness experience and disease pathology; the preventive health importance of social relationships; the profound environmental influences on the development of the central nervous system; the dangers of dehumanizing psychiatry and medicine; the inseparability of the social environment from genetics in developmental pathology; and the crucial issues for global mental health—all came to define for students, physicians and medical educators not only what social medicine was, but what medicine itself should be about. It is not going too far to state that these remarkably influential essays turned Leon into one of the leading intellectuals in medicine and science of the second half of the twentieth century. They also extended his great skills in mentoring to generations of students in medicine, public health, nursing, and the health social sciences and humanities, for whom these essays challenged existing paradigms and set forth a new agenda for the medical profession as well as academia.

For almost half a century, Leon Eisenberg served as a consultant to the Division of Mental Health at the WHO, through which he influenced the classification of childhood psychopathology and helped develop the initial global public health action programs for the prevention and treatment of childhood mental disorders. And he played an early role in the development of the Institute of Medicine and later on in the activities of the American Academy of Arts and Sciences. For this extraordinary body of work, he received two honorary degrees, dozens of awards and he delivered a large number of named lectures. These honors include the distinguished Alumnus Award of the University of Pennsylvania; honorary doctorates from the University of Manchester (UK) and University of Massachusetts; the Aldrich and Dale Richmond Award from the American Academy of Pediatrics; the American Psychiatric Association’s Special Presidential Commendation, Agnes Purcell McGavin Award for Prevention and Distinguished Service Award; the Camille Cosby Award of the Judge Baker Children’s Center; the Thomas  Salmon Medal of the New York Academy of Medicine; the Blanche Ittleson Memorial Award of the American Orthopsychiatric Association; the Mumford Award of the Mailman School of Public Health, Columbia University; the Rhoda and Bernard Sarnat Prize from the Institute of Medicine as well as the IOM’s Walsh McDermott Medal. And he was made honorary fellow of the Greek Society of Neurology and Psychiatry, the Ecuadorian Academy of Neuroscience, and the Royal College of Psychiatrists (UK).

Leon is survived by his wife of forty-two years, Carola B. Eisenberg.  A distinguished psychiatrist, university administrator, and human rights advocate, she was at Leon’s side when he died of cancer at their Cambridge home in 2009 at the age of 87.  Leon is also survived by two children from an earlier marriage, Kathy Eisenberg and Mark Eisenberg; and two stepsons, Alan Guttmacher and Larry Guttmacher; as well as six grandchildren.

Leon Eisenberg will be remembered for his accomplishments in advancing our understanding of the biosocial basis of health and disease in human populations and the social roots of developmental psychopathology. He will also continue to be acclaimed for his contributions to the education of medical students, residents, and fellows as well as fellow faculty members. And he will be remembered as a gifted and greatly influential writer. Yet his most enduring contribution may well be the extraordinary moral example he set of the responsibilities of the scholar and the educator to the wider society. He never took his eye off of the responsibility of science and medicine to improve the lives of the sick, the poor, and the vulnerable. Nor did he mistake the obligation of intellectuals to debunk fashionable theories that were not evidence-based and to advance new ideas in such a way that they could be widely grasped by educated laypersons. He was also a warm, deeply decent, trustworthy and uplifting academic leader who never forgot the central importance of the common man and woman in a democratic society to the development of those prosocial actions that sustain lives and build worlds. In this sense, he was a physician to society and a caregiver to the world. Not the least of his genius was the gift of telling funny stories, stories that broke through the tensions and pretensions of a hothouse academic world and got at the most human of divided emotions and contradictory values, while insisting that ideals could coexist with skepticism, prosocial practices with an ironic angle of repose, and crossing over to safety with the courage to fail.

As Leon told it:

A Harvard Medical School professor died and went to heaven. As he stood in a very long line at the Pearly Gates, he decided that because of his service to humanity he should not have to wait. He left the line and approached the gate, where St. Peter explained that all are equal in the eyes of the Lord and he should wait in line, like the rest of the good people. This made the Doctor very angry. All of my service to humanity… the lives I have saved… the quality of life I’ve restored. He continued to mutter his contributions as he returned to his place in line. A few minutes later a man in a white lab coat with a Doctor’s bag rushed past the professor approaching the gates, the man nodded to St. Peter and the gates flew open; in went the man and the gates closed. Well this was too much for the Doctor and he went to speak again with St. Peter. He explained to St. Peter that he had been a professor at two of the leading medical schools in the world and he felt he had made more contributions than the young doctor who had just entered heaven. St. Peter, understanding the Professor’s concern, gently explained. “Sir, I appreciate your feelings, however you must understand that the young doctor who just entered, was God, and you see he sometimes likes to play Doctor.”

Leon, we believe, did patiently and at times heroically wait his turn.  Leon Eisenberg was a man for all seasons, and for many of us the closest we have ever come to greatness.