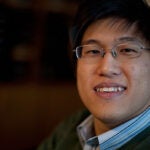 The space in between

Max R. Hall, a former journalist, writer, teacher of writing, and scholarly book editor, died in Cambridge on Jan. 12 at 100 years of age. Until his retirement, Hall was editor at Harvard’s Weatherhead Center for International Affairs, social sciences editor at Harvard University Press, and editorial adviser at Harvard Business School.

A native of Atlanta, Hall moved to Cambridge in 1960 with his family after living in Washington, D.C., and New York. Hall spent 20 years as a journalist, including nine years at the Associated Press, and a year as a Nieman Foundation fellow in journalism at Harvard. Hall attended Emory University, and received an honorary doctorate of letters from there in 1995.

Hall loved the Charles River, printing, publishing, and Benjamin Franklin, and he wrote books on all of these topics. His books include “The Charles: The People’s River,” “Harvard University Press: A History,” “An Embarrassment of Misprints: Comical and Disastrous Typos of the Centuries,” and “Benjamin Franklin & Polly Baker: The History of a Literary Deception.” He wrote numerous articles for Harvard Magazine as one of its contributing editors.

His respect for clear writing was profound, and he passed this passion on to many scholarly authors whom he mentored at Harvard. Combining his journalist’s values of plain, down-to-earth writing with an unfailing ability to take the reader’s point of view, Hall taught authors that no idea is too complicated to be expressed simply and that any misunderstandings or slowdowns (which he called “snags”) are the author’s fault, not the reader’s. Many professors gave him credit not only for helping them become better writers but for making a significant contribution to their careers.

A memorial service will be held at 2 p.m. on April 16 at Cambridge Friends Meeting House, 5 Longfellow Park, Cambridge.