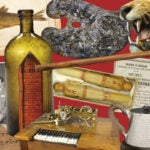 There were laughs of recognition as Silvio Torres-Saillant, professor of English and humanities at Syracuse University, told a story that underscored a major point of the “Black in Latin America” conference, which kicked off on Jan. 27 at Harvard.

Torres-Saillant, a former director of the Syracuse Latino-Latin American Studies Program, described being approached about joining a black campus caucus some years ago. A representative asked the carefully considered question: “Do you consider yourself more Hispanic or more black?”

His bemused silence may have been seen as an answer by the representative, but it reveals the false dichotomy that, for far too long, has been applied to the study of people of African descent who hail from South, Central, or North America and the Caribbean.

In what many participants called a “historic moment,” scholars from around the world gathered for three days at Harvard to explore issues of race, racial identity, and racism in countries as diverse as Haiti, Brazil, Mexico, and Peru. Of the estimated 12.5 million Africans shipped to the New World during the Middle Passage of the slave trade, the vast majority were taken to the Caribbean and Latin America.

Race remains an issue that Latin American politicians, leaders, and scholars are often silent about, participants said. There is a “willingness of politicians to say, ‘Race and racism might have been a problem under my predecessor but under me, all problems solved.’ And therefore we do not talk about it,” said Jorge I. Domínguez, the Antonio Madero Professor of Mexican and Latin American Politics and Economics and vice provost for international affairs.

That silence needs to be broken, Domínguez said. Racism “remains a problem that can only be addressed if it is discussed frankly, publically, and explicitly.”

Perceptions of race are far more nuanced and subtle, if still sometimes insidiously false, in Latin America than in this country. As Torres-Saillant put it, “I didn’t know I was black until I came to the United States.”

The conference probed right to the core of social identity, exploring, as Henry Louis Gates Jr., the Alphonse Fletcher University Professor, put it in his opening remarks, “What does black mean?”

The conference was spearheaded by Gates, who will host a documentary series on the issue next month, and publish a book on the topic in March.

In the first session of the conference, which focused on racial identity in the Dominican Republic, anthropologist Juan Rodriguez examined how Dominicans emphasize their European ancestry and distinguish themselves from Haitians who are perceived as the darker “other” or even as “foreigners,” even though the two countries share the same land mass.

Yet, Rodriguez said, examination of DNA from maternal lines of Dominicans finds that 85 percent have African ancestors, 9.4 Indian, and less than .08 European. DNA from paternal lines found 58 percent from European ancestors, 36 from African, and 1 percent Indian, he said. This emphasizes the abusive role played by the European male in relation to enslaved native and African women, he said.

In his humorous, yet poignant, remarks, Rodriguez discussed the use of race on Dominican national identification cards, rattling off some of the 12 classifications of skin color from the early 1970s, including white, black, ashen, discolored, so pale as to appear sick, light with freckles or moles, and purple. He also cited the 15 kinds of hair texture that ranged on a spectrum from ���bueno” (good) for straight hair to “malo” (bad) for kinky hair.

Frank Moya Pons, a professor of Latin America and a former minister in the Dominican government, discussed his research into census data that reveals just how reluctant Dominicans have been over the decades to call themselves “mulatto,” preferring to identify themselves as Indians or the native people of the region. “We are in the presence of a mulatto population that calls itself Indian, which gives us much food for thought,” he said.

Strikingly, however, it was during the conquest of the New World that skin color became a key factor in the articulation of social relations, Torres-Saillant said. “The racial era came into being and we are in it still.”