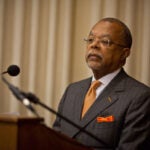 Harvard sophomore Victoria Lippert earned her first league honors of the season this week (Jan. 3) as she was named Ivy League Co-Player of the Week for her performances last week for the Crimson.

Lippert averaged 19.5 points, five rebounds, and three assists off the bench in a win and a loss for the Crimson last week. She scored a season-high 22 points and handed out a career-high four assists at Dayton. Lippert posted 17 points, including 10 in the first half in an 83-70 win over the University of Massachusetts. She has six rebounds, two steals, a block, and a steal against the Minutewomen.

The San Diego, Calif., native is second on the team in scoring with 13.5 points per game.