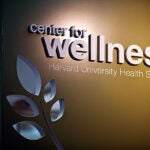 Harvard’s Kennedy School of Government (HKS) announced a $1 million gift from the Abu Dhabi Crown Prince Court. The gift will be used to launch a new graduate fellowship that will support emerging leaders from the United Arab Emirates (UAE) while advancing the mission of the School’s Middle East Initiative (MEI), a nexus for convening policymakers and scholars on the region.

The Abu Dhabi Graduate Leadership Fellowship will make it possible for the UAE’s top public service talent to pursue a midcareer master’s degree in public administration as part of HKS’s Edward S. Mason Program, which is designed specifically for emerging leaders from transitional economy countries.

The first leadership fellows will join HKS for the 2011-12 academic year. Awarded on a merit basis to UAE citizens who work for the Abu Dhabi government, these fellowships will also offer recipients a range of co-curricular activities, including seminars designed to enhance critical leadership skills, public speaking workshops, and mentoring and networking opportunities.
The Crown Prince Court issued the following statement in awarding the fellowship: “This fellowship program echoes President His Highness Sheikh Khalifa Bin Zayed Al Nahyan’s steadfast belief that the progress of nations is built on education, and Crown Prince His Highness General Sheikh Mohammed bin Zayed Al Nahyan’s unwavering commitment to education and the constant development of the future ranks of leaders.”

“The success of future leaders depends on transnational cooperation and collaborative scholarship,” said HKS Dean David T. Ellwood. “We are delighted to award these fellowships to students from the UAE who will enliven our community and enrich our understanding of their nation and the broader Middle East region. I thank the Crown Prince Court of Abu Dhabi for their vision and generosity in establishing this fellowship.”
The fellowship will be open to outstanding candidates who have earned admission to HKS, possess track records of demonstrated excellence in prior public service work, and communicate clear aspirations for returning to Abu Dhabi to work in public service upon graduation.