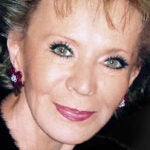 Harvard University announced today (Oct. 19) that Mark R. Johnson, a seasoned project manager with more than 20 years of experience in construction and architectural design, has been named vice president for capital planning and project management.

“As our campus continues to evolve, we need a manager who can balance the nature of academia with the practicalities of planning and budgets,” said Executive Vice President Katie Lapp. “Mark’s successes with past projects, outstanding leadership skills, and strategic vision make him the ideal person for this position.”

Johnson joined the University in 2002 as a senior construction project manager at Harvard Business School (HBS). There, he managed the Baker Library/Bloomberg Center project, completed in 2005, which added meeting facilities, faculty offices, and archival storage for the library’s one-of-a kind-collection of historical business materials. The project was finished on schedule and under budget.

In 2005 he joined Harvard Law School (HLS) as director of major capital projects and physical planning, where he managed the Wasserstein/Caspersen/Clinical project. Slated for completion in 2011, this 570,000 square-foot, LEED Gold-rated complex will add state-of-the-art classrooms, offices, student commons, and underground parking to the Law School campus. Under his leadership, HLS was able to reduce construction costs for the project while maintaining design excellence.

“Since coming to Harvard, I have been able to work on some of the University’s most visible projects,” Johnson said. “I look forward to continuing this work in a broader scope and collaborating with people across the institution to meet the University’s capital planning needs for the future.”

In his new role, Johnson will be responsible for long-term planning of the Allston, Longwood, and Cambridge campuses, charged with providing direction and support for the University’s growth with an eye toward solid planning principles, design standards, programming, and sustainability. He also will develop and implement a University-wide, comprehensive, multiyear capital program and manage all construction projects for Central Administration and, as requested, the Schools.

Johnson will report to Lapp and will work closely with the University’s chief financial officer, Dan Shore, and the vice president for campus services, Lisa Hogarty.