The soaring sounds of music 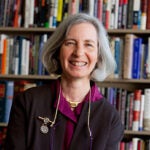 On a recent afternoon at her home in a Boston suburb, Harvard’s newest professor of composition was discussing her often complex, contemporary work.

Then a chipmunk stopped her cold.

Riveted, she reveled in the frenzied scurry of the critter darting through early fallen leaves on her emerald lawn.

Chaya Czernowin’s curiosity was understandable. She often turns to nature in her work. Her most recent musical piece, “The Quiet,” was inspired by a snowstorm that mesmerized her one winter day as she gazed at the swirling snowflakes.

“It was a real universe of particles,” she said. “I wanted to create a quiet world of these types of particles with sound.”

Similarly, “Maim” (2001-07), her composition for orchestra and five solo instruments, charts the motion of water.

But nature is just one of Czernowin’s muses. “Sometimes it’s a sonic idea, or a picture, or a gesture, or a more complex metaphor,” she said. “It’s always an impulse, which I then analyze so I can figure out what the piece wants to be.”

She felt connected to music from an early age. As a 6-year-old growing up in Israel, she cried all through “The Sound of Music” because, she told her parents, “The music, it’s so beautiful.” As a girl, Czernowin sang Russian folk songs with her father and sister, performing in harmony by age 4. An early piano student, she tried composing at 13, loving how the process allowed her to tap her emotions.

Later, Czernowin formed a rock group and wrote songs for the band. But increasingly her work gravitated toward the complex, the experimental, and the atonal.

“My friends were saying: ‘Your music was always a bit weird, but now it’s not even rock anymore. It’s stopped having a beat. You should go study.’ ”

The progression of her musical style was a “continuous transition,” said Czernowin, who went on to study with the renowned experimental German composer Dieter Schnebel. In 1993, she received her Ph.D. in composition from the University of California, San Diego.

Her music has been performed in more than 50 festivals around the world and has taken her to Germany, Austria, Japan, and finally to Harvard, where she was appointed the Walter Bigelow Rosen Professor of Music in the University’s Faculty of Arts and Sciences last year. Before arriving at Harvard, Czernowin was a composition professor at the University of Music and Performing Arts in Vienna.

Her works range from operas to compositions for orchestras and soloists to pieces for chamber groups.

“I love instruments, I love color, I love the different physicalities of music,” she said.

Czernowin works to explore and explode the limits of acoustic expression. Her compositions often fuse electronics, orchestras, and instruments such as electric and steel guitars.

“Why do I need to write another Beethoven piece — he did it so well,” she said with a laugh. “If music is really a form of expression, then it really is about inventiveness.”

“A nonlinear experience — sonically and emotionally intense in its nonoperatic sparseness,” reads one description of her opera “Pnima … ins Innere,” which was composed for the Munich Biennale in 2000 and explores the difficulty of communicating a traumatic experience, in this instance the Holocaust.

One reviewer called “Maim” “exquisitely well crafted. … The music’s engaging turns run from mice-scamper to rock-slide, and the recording gets it all, every spacious squeak and roar. For the music lover who despairs for an art form’s present-day timidity, ‘Maim’ should serve as the most bracing of tonics (no pun intended).”

Czernowin, who has composition commissions until 2017, called Harvard an “intense place,” full of “passionate people.”

At Harvard, she is eager to bring her knowledge and experience to students, and help them “be aware of what it means to grow,” while simultaneously absorbing ideas and inspiration from them. “It’s really exciting to understand where our young people are today — what is interesting for them, where the wind [is] going creatively, what is present in the world.”