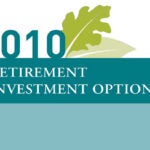 Kimberley C. Patton, professor of the comparative and historical study of religion at Harvard Divinity School, is among the recipients of the awards for excellence in the study of religion and the best first book in the history of the religions, awarded annually by the American Academy of Religion (AAR).

Patton’s book, “Religion of the Gods: Ritual, Paradox, and Reflexivity,” received the award for excellence in religion for analytical-descriptive studies.

The awards recognize new scholarly publications that make significant contributions to the study of religion and honor books of distinctive originality, intelligence, creativity, and importance that affect decisively how religion is examined, understood, and interpreted.

The awards will be presented at the AAR annual meeting in Atlanta on Oct. 31.