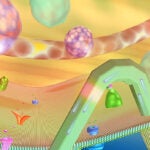 The study was published online last month in the American Journal of Epidemiology.

Men appeared to be less affected by their social environments, with only those living in the poorest neighborhoods showing an impact. The study adds to the growing body of evidence that the physical and social environments in which people live and work can play a big role in health.

The researchers examined health data from nearly 3,000 women and men aged 32 to 50 participating in the Coronary Artery Risk Development in Young Adults (CARDIA) Study and living in four United States urban areas: Birmingham, Alabama; Chicago; Minneapolis; and Oakland, Calif. They found heart artery calcification in about 11 percent of the women and 29 percent of the men. Perceived neighborhood cohesion was based on a survey in which study participants were asked to rate how well their neighbors get along and trust one another. Also taken into account in the study were Census data on income, education, and occupation grouped at the neighborhood level.

“This is the first study to look at the relations between neighborhood socioeconomic deprivation and low social cohesion with coronary calcification in the United States,” said Kim. “Our findings are striking in that they show that these neighborhood factors can predict underlying heart disease in people without symptoms, as early as middle age.”

According to the researchers, social cohesion, defined as strong, trusting relationships between neighbors, can improve people’s health by lowering stress and depression, fostering the sharing and reinforcing of healthy behaviors, and strengthening a neighborhood’s effectiveness in advocating for improvements in local services. Weak social cohesion took a toll on women’s health in both rich and poor neighborhoods, which may be related to women spending more time in their neighborhoods than men due to domestic roles such as raising a child and household chores, magnifying their exposures to any neighborhood hazards, according to the study.

“If these neighborhood effects are in fact present,” said Kim, “interventions and policies to reduce the gaps in neighborhood social and economic conditions may be powerful ways to address the higher risks of heart disease and other conditions such as obesity that those living in poorer neighborhoods disproportionately appear to face.”

Ichiro Kawachi, professor of social epidemiology and chair, Department of Society, Human Development, and Health at HSPH, was a co-author of the study.