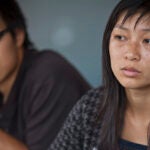 Getting down to cases

As Elena Kagan becomes the 112th Supreme Court justice, she adds to an impressive list of 22 other justices who have one thing in common: Not only have they shaped the law in influential and historical ways — they all hail from Harvard.

William Cushing graduated from Harvard College in 1751. Nominated to the Supreme Court by President George Washington in 1790, Cushing served until his death in 1810.

Joseph Story graduated from Harvard with the Class of 1798. He was appointed to the Supreme Court by President James Madison, and served from 1812 to 1845.

Benjamin Robbins Curtis, of the Harvard College Class of 1829, went on to graduate from Harvard Law School (HLS) in 1831. Nominated in 1851 by 13th President Millard Fillmore, Curtis resigned in 1857 from the court over its Dred Scott v. Sandford verdict, which upheld the legitimacy of slavery.

Boston-born Horace Gray enrolled in Harvard College in 1841 at the age of 13. He graduated four years later, and eventually studied law at Harvard, though he did not earn a degree. President Chester Alan Arthur nominated Gray in 1882, and he served until his death in 1902.

Melville Weston Fuller was the eighth chief justice of the United States. He left Harvard after one year, graduated from Bowdoin College, and returned to Cambridge, to HLS, for just six months, leaving in 1855 without graduating. Grover Cleveland nominated Fuller in 1888, and he served until his death in 1910.

Like Fuller before him, Henry Billings Brown joined the Supreme Court without completing a HLS degree. Nominated in 1891 by President Benjamin Harrison, Brown retired from the court in 1906.

Oliver Wendell Holmes Jr. was not only an alumnus of Harvard College and HLS, he also taught at the latter. After joining the Civil War his senior year of college, Holmes graduated in 1861 before returning to Cambridge and enrolling at HLS. President Theodore Roosevelt nominated Holmes in 1902, and he retired after a 30-year career in the court.

William Henry Moody graduated from Harvard in 1876. After four months at HLS, Moody left to work under a local lawyer and pass the bar.  Also nominated by Roosevelt, Moody served four brief years, from 1906 to 1910.

Woodrow Wilson nominated Louis David Brandeis to the court in 1916. Brandeis graduated from HLS at the age of 20 with the highest-grade average in the School’s history. He served as a justice from 1916 to 1939.

Felix Frankfurter, who graduated from HLS with a stellar academic record, was nominated to the court by Franklin Delano Roosevelt in 1939. He taught at Harvard for many years, and Harvard possesses one of the largest collections of Frankfurter’s papers. He served the court until retirement in 1962.

A 1931 graduate of HLS, William J. Brennan Jr. was nominated by President Dwight Eisenhower in 1956 and was succeeded by Justice David Souter in 1990.

Harold Andrew Blackmun, author of Roe v. Wade and a passionate advocate of abortion rights, attended Harvard College on a scholarship, earned a degree in mathematics, sang with the Harvard Glee Club, and studied under Felix Frankfurter at HLS before graduating in 1932. He was nominated by President Richard Nixon in 1970 and served the court until 1994.

Lewis Franklin Powell Jr. graduated from HLS in 1932 and was nominated to the court in 1972 by President Nixon. He served until 1987.

Also nominated by Nixon, William Rehnquist earned an M.A. in government from Harvard in 1950. He served from 1972 until his death in 2005, when he was succeeded by Justice Antonin Scalia.

Antonin Scalia is the longest-serving justice. A 1986 nominee of President Ronald Reagan, Scalia is still serving. He is a 1960 graduate of HLS.

Also nominated under Reagan, Anthony Kennedy earned an LL.B. from HLS in 1961. He began his service to the court in 1988 and is still serving today.

David Souter was appointed in 1990 by President George H.W. Bush and retired in 2009. At Harvard, Souter was a philosophy concentrator, and after graduation attended Magdalen College, University of Oxford, U.K., on a Rhodes Scholarship before receiving his J.D. from HLS in 1966. He was Harvard’s Commencement speaker this year, when he also received an honorary degree.

Appointed in 1993 by President Bill Clinton, Ruth Bader Ginsburg enrolled at HLS in 1954 before transferring to Columbia Law School when her husband took a job in New York City. She was the first woman to be on the staff of two major law reviews — the Harvard Law Review and Columbia Law Review. She is still serving on the Court today.

Stephen Breyer, also appointed by Clinton, received an LL.B. from HLS in 1964. Nominated in 1994, he is currently serving the court.

John G. Roberts is the current chief justice of the United States. Nominated in 2005 by President George W. Bush, Roberts graduated Harvard College in 1976 and HLS in 1979, where he was managing editor of the Harvard Law Review. 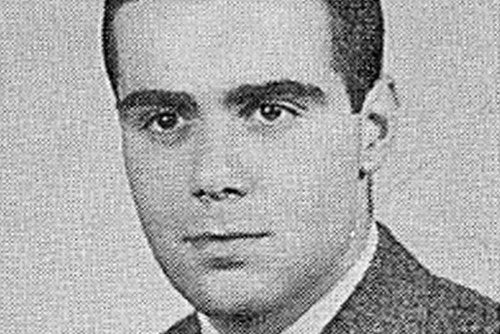