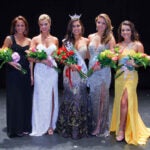 Here she is, Miss Massachusetts

The Ivy League and Harvard University announced today that Harvard has declared an unintentional secondary violation in connection with conversations in the summer of 2007 between current assistant men’s basketball coach Kenny Blakeney and members of the Harvard coaching staff that occurred before Blakeney was employed by Harvard.

“Secondary violations” are by National Collegiate Athletic Association (NCAA) definition “inadvertent” and deemed to provide at most a “minimal advantage” to the institution. They are also routine for all Division I members, including Ivy League institutions; the NCAA processes more than 2,000 secondary violations annually. While Harvard and the Ivy League do not ordinarily release information related to secondary violations, they are doing so in this case in view of prior publicity in 2008, when the league released a statement that its inquiry into these matters found no violations of Ivy League or NCAA rules.

This revised conclusion reflects conversations between Harvard and the NCAA subsequent to Harvard’s submission of the initial report to the Ivy League on this matter and its acceptance by the Ivy League Office. The NCAA staff agreed with the league’s and Harvard’s original conclusions that at the time of the conversations Blakeney had not been offered employment and did not have an employment agreement, and that any violation was “secondary.” However, under the NCAA’s interpretation of its rules, Blakeney’s conversations with the Harvard coaching staff during a time when he was independently observing prospective student — athletes required a finding of improper recruiting assistance to Harvard. After these discussions with the NCAA, Harvard elected to acknowledge a secondary violation and to self-impose recruiting limits for the 2010-11 academic year.

During the Ivy League inquiry in 2008, current league Executive Director Robin Harris, while in her previous position with the Ice Miller law firm, represented a Harvard coach. Harris’ role in this case ended in September 2008, at the conclusion of the league’s initial review, before she applied for the executive director position.  She recused herself from any consideration of the NCAA matter and has not been involved in any manner in subsequent developments or decisions.