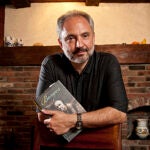 Study, research, and public service have taken Melissa Tran ’10 around the world. You’d never guess that four years ago she was reluctant to leave her home near San Jose, Calif., to attend college 3,000 miles away.

She said that during her first year she felt insecure and wondered if she might be an example of that Harvard urban legend, the “admissions mistake.”

“It wasn’t until after my sophomore year, when I went abroad and started working on my thesis, when I realized that, ‘Hey, I am actually doing really cool things,’ ” said Tran. “Now, I am the person that my freshman self hoped to become someday.”

When she arrived at Harvard, she knew she was interested in public service, but was undecided about her concentration, stuck between history and sociology. The class that sparked her passion and solidified her path was an overview of contemporary American immigration taught by Mary Waters, M.E. Zukerman Professor of Sociology.

During the summer after her sophomore year, Tran interned at a nonprofit in Argentina through the David Rockefeller Center for Latin American Studies. She also traveled to Uruguay and Peru. Tran spent the fall term of her junior year studying in Seville, Spain. Not one to stay put for long, while in Europe she also visited Morocco, Portugal, Germany, France, and Gibraltar.

While her peers expressed concern that she might miss out on opportunities at Harvard while abroad, she said that these globe-trotting experiences have defined her time at Harvard.

Most recently, Tran traveled to Mexico to conduct research for her thesis about the social networking Web site miAltos, which connects immigrants from the Los Altos region of Mexico with friends and family back home. It primarily includes those who hail from San Julián, a city within Los Altos. After interviewing residents of San Julián about their experiences on the site, Tran flew to Chicago to interview former residents who had moved to the United States and stayed in touch with loved ones through miAltos.

The Pforzheimer House resident has also advocated for immigrant rights as president of Harvard College Act on a Dream, a student organization working to help undocumented students gain citizenship. The group has raised awareness on the Harvard campus about the Development, Relief and Education for Alien Minors (DREAM) Act, legislation that would give undocumented students a pathway to citizenship. Many people are unaware that there are undocumented students at U.S. colleges, Tran said. Often they came to America at a young age, attended high school here, and have lived typical American lives.

Her Harvard experience has opened up the world to her, but it has also brought her closer to home, empowering her to fight for immigrant and undocumented-students’ rights. The students’ experiences, she said, are not  dissimilar from her own as the daughter of immigrants.

Next year, Tran plans to continue in public service and immigrant rights advocacy, and she says she is itching to travel again.