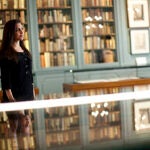 It would have been hard to miss Cheng Ho ’10 at Harvard’s athletic events. He’s usually the one mixed in with the crowds, displaying a boatload of Crimson spirit.

A Harvard running back in the fall, a super fan in the winter, Ho has been revered by fans and coaches alike for his crowd-igniting antics as a fan as well as for his contributions as a member of the football team.

As a fan, Ho was an integral part of a marketing campaign that boosted attendance at men’s basketball games this season. This culminated in an unprecedented sellout, bringing 2,195 to Lavietes Pavilion in a showdown match against Cornell. A month and a half later, Ho helped to draw a record 13,285 spectators to Harvard Stadium to watch the men’s lacrosse team take on Duke, just 437 fans shy of the NCAA regular-season record. Where the upbeat Ho went, the fans followed.

And yet for Ho, Crimson football — and Harvard for that matter — almost never happened.

Born and raised in Taiwan until age 13, Ho was thrust into maturity at a young age. His father lost an eight-year battle with liver cancer, and because his mother had her own struggle with schizophrenia, she was unable to care for Ho and his sister alone.

Eventually, the siblings found themselves in the adoptive care of their aunt and uncle in Georgia, and that was the move that changed Ho’s life.

“I’m very fortunate because I shouldn’t be alive right now, to be honest,” Ho said. “My sister and I probably would have been wandering the streets of Taipei if it wasn’t for my aunt and uncle.”

Despite strong family support, initially the adjustment to a new culture was a challenge for Ho because of his limited knowledge of English.

“English was very frustrating, because I consider myself pretty social. … The initial two months were the most frustrating,” he said. “I remember holding this electronic translator and trying to read just a paragraph of a science textbook, and it took me like two hours. … I would have to look up every single word.”

Searching for something, anything, he could find to ease him through his transition, Ho found sports to be the perfect therapy.

“Sports really opened up a new world for me, as far as being able to gain confidence and being able to socialize with people,” he said.

Although Ho’s first love was basketball, living in the South meant being indoctrinated in football, something he didn’t comprehend when living in Taiwan. “The first time I watched a game of football was back in Taiwan. And I was just thinking: ‘Man, these people are crazy. This is such a stupid sport. I would never be able to, and want to, play this sport, ever.’ So I flipped the channel, and that was that,” Ho said.

That changed, of course, because it wasn’t long before Ho’s athleticism on the basketball court prompted friends and coaches to persuade him to give the gridiron a shot.

“Initially, it was really confusing because I didn’t know any of the rules, the shape of the football was really weird, and I couldn’t hold on to it,” he said. “I couldn’t really understand English, so I would run in the opposite direction. … It was complete chaos.”

Eventually the chaos subsided, and over time, he began to excel on the field. Ho sent highlight tapes to several Division I football programs across the country, and teams began to show interest, including Harvard.

After spending a postgraduate year in Connecticut to improve his English and prepare for the rigors of college, Ho was admitted to Harvard, and was ready to take Cambridge by storm in more ways than one.

During his freshman year in 2006, he was behind future NFL running back Clifton Dawson ’07 on the depth chart, and then had a breakout season as a sophomore. In his first collegiate start at Holy Cross, he racked up 24 carries for 116 yards, including a 47-yard touchdown run. That season, Ho finished second in the Ivy League in rushing with 722 yards and eight touchdowns. His play helped the Crimson to an undefeated (7-0) Ivy League championship run and earned him a spot on the All Ivy second team.

It was his best, and only full season at Harvard, as he spent the next two years hampered by injuries, and only played in eight games as an upperclassman. Although injuries shortened his career, Ho remained an integral part of the team, as well as a leader and an inspiration to the Harvard community.

“He obviously took the long road to Harvard figuratively and literally. And because of that … he really has, as much as any kid we’ve had here, embraced everything that is Harvard, and has taken advantage of the education on the field, the education in the classroom, the education on campus,” said head football coach Tim Murphy.

“He’ll be remembered for his love of life, his leadership by example, and his extreme pride in being a part of the Harvard community as a whole, not just a Harvard football player.”