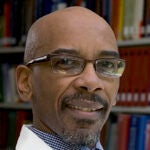 The Faculty of Arts and Sciences (FAS) is on track to achieve long-term financial health by the end of the 2011-12 academic year, Dean Michael D. Smith announced at a meeting of the FAS faculty.

The FAS will end the current fiscal year in June with a balanced budget, Smith said Tuesday (May 11). And in a sign of continued improvement, the operating deficit for the coming fiscal year — estimated at $220 million 18 months ago but reduced to $80 million in February — has been slashed again to between $50 million and $55 million.

Smith expects to achieve $15 to $20 million more in savings through the coming year to reduce the deficit to about $35 million by June 2011.

“With a 12 percent reduction in the endowment distribution next year, FY11 will be our most difficult financial year,” Smith wrote in a letter to faculty and staff, referring to the fiscal year that begins July 1. “Over the past 18 months, we have made prudent, structural, long-term adjustments — and husbanded our reserves — in order to overcome this final financial challenge.

“The good news is that we do not need a balanced budget in this most difficult year, since we can temporarily use our FAS reserves to preserve our core mission of research and teaching,” he continued. “Overall, the approach we have taken to righting our finances is working. We just need time, and our reserves will give us the time we need.

“The challenge, therefore, is not to reach balance in FY11, but to do so soon thereafter. In particular, our projections show that we can achieve this goal by the end of FY12,” Smith announced, noting that the goal depended on a model that assumes the global economy would remain stable and payments from the University endowment would not continue to decrease.

Smith also cited some achievements for this academic year, including:

Smith also announced the creation of several new task forces. Ad hoc working groups will be formed to examine policies on earning credit toward sabbatical leave and the application of federal grant support to faculty salaries. A new Dean’s Faculty Resources Committee, made up of faculty across the FAS, will advise on emerging academic and fundraising priorities, proposed financial policies, and the state of the School’s overall resources.

Summing up the year, Smith wrote, “While this has been a difficult period in many ways, it has also been a remarkably productive one. It is hard to express just how proud I am that so many people across the FAS helped make the past 18 months successful for our students in spite of the financial crisis. A Harvard education, for both our graduate and undergraduate students, has remained an experience unparalleled in its richness. And while our work is not yet complete, this significant success and the positive changes taking place across the FAS have positioned us well for the future.”