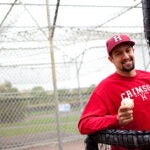 It’s all about the numbers

Four recognized for their extraordinary service

The Harvard Medal was first given in 1981, and the principal objective of the awarding of the medal is to recognize extraordinary service to Harvard University. President Drew Faust will present the medals during the annual meeting of the Harvard Alumni Association on the afternoon of Commencement, May 27.

Nina Archabal cares deeply for Harvard, and her service has been substantial. A member of Harvard’s Board of Overseers from 1997 to 2003, she served as vice chair of its executive committee and chair of its standing committee on Schools, the College, and Continuing Education. She also served as an Overseer liaison for the Center for Hellenic Studies, Dumbarton Oaks, and the Committee on Women Undergraduates. As chair of the visiting committee for the Peabody Museum, she shares her insight on how to advance the core mission of all of Harvard’s museums. Additionally, she was a member of the committees to visit the Department of Anthropology and the University Library.

A resident of Minnesota since 1965, she was a longtime member of the Radcliffe Club of Minnesota and supports the work of the Harvard Club of Minnesota. She has been with the Minnesota Historical Society since 1977, and has served as chair, director, and state historic preservation officer. Additionally, she has chaired the United States Committee of the International Council of Museums since 2005, and she served as a trustee of the Library of Congress American Folklife Center and as chair of the American Association of Museums. President Clinton awarded her the National Humanities Medal in 1997.

She and her husband, John, have a son, John.

Paul Buttenwieser is unequaled in the breadth of his involvement across the University, and beyond Harvard he is deeply involved in causes that address issues in education, the arts, poverty, and social justice.

As an Overseer from 2001 to 2007 he served on visiting committees to the Graduate School of Education, where he participated in shaping the new Doctorate in Education Leadership program, as well as to the College, and the Departments of Music, English, Psychology, Visual and Environmental Studies, and Government.

He has been deeply involved in class reunion fundraising and is co-chair of the Reunion Gift Steering Committee for the Class of 1960’s 50th reunion. He also co-chaired his 35th and 40th reunions and was a member of the 25th Reunion Gift Committee. He is a member of the Boston Major Gifts Committee, Harvard Art Museum’s Director’s Advisory Council, and the Faculty of Arts and Sciences (FAS) Science, Teaching, and Research Planning Committee, and he is a trustee of the American Repertory Theater. Additionally, he was a member of the Phillips Brooks House Association Committee, the FAS Financial Aid Council, and Harvard Medical School’s Campaign Committee.

A practicing psychiatrist, novelist, arts advocate, and community volunteer, Buttenwieser and his wife, Catherine, founded the Family-to-Family Project in response to the crisis of family homelessness. They have three children, Stephen ’89, M.D. ’01, Susan, and Janet.

C. Kevin Landry is unparalleled in his support for Harvard College and is a leader among Boston-area alumni as a co-chair of the Boston FAS Major Gifts Committee. Additionally, Landry serves as a member of the Committee on University Resources and the FAS Dean’s Council, and has been a leader of his College Class, co-chairing the class’s 25th, 30th, 35th, 40th, and 45th Reunion Gift Committees. He received The Flood Leadership Award and the David T.W. McCord ’21 Award in recognition of his extraordinary leadership and service to the Harvard College Fund.

Landry has played a significant role in how hands-on science is taught to undergraduates through the funding of the Jeremy Knowles Undergraduate Teaching Laboratory, the first interdisciplinary teaching space on campus that supports active learning across the sciences and engineering. He is also a loyal fan of the Department of Athletics, endowing the women’s ice hockey head coach position and improving the overall conditions of the Bright Hockey Center.

He is chairman of TA Associates, one of the oldest private equity firms in the country, and is a member of the Private Equity Hall of Fame. Additionally, he is a trustee of the Museum of Fine Arts and a former trustee of Middlesex School.

Dean Whitla is one of Harvard’s quiet heroes. Having served as founder and director of Harvard’s Summer Institute on College Admissions for 45 years, he researched and advocated for better practices in the use of nationwide tests and for stronger financial aid programs for underrepresented, low-income college students, enabling admissions committees everywhere to accommodate the changing educational and social climate.

Whitla’s own research explored college teaching and learning, and how to increase student diversity and educational effectiveness. Chief Justice Sandra Day O’Connor cited his research during the landmark University of Michigan cases Gratz v. Bollinger and Grutter v. Bollinger, which allowed the continuance of affirmative action.

Earlier in his career he worked in Nigeria to help improve the offerings of a Harvard-sponsored secondary school.

He served as director of the Office of Instructional Research and Evaluation, the Harvard-Danforth Center for Teaching and Learning, and its successor, the Bok Center for Teaching and Learning. A former Allston Burr Senior Tutor in Lowell House, he was a lecturer in the Graduate School of Education, chairing its program in counseling and consulting psychology. Additionally, he twice directed the reaccreditation process for the University, and was a longtime member of the Harvard College Committee on Admissions.

He continues his service as a freshman adviser, a member of the Lowell House Senior Common Room, co-director of a research project at the Medical School, and an adviser to the Harvard Faculty Club Board of Advisors.