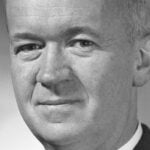 Past the chilled world of the walk-in freezer, through the underground tunnels running below Kirkland House, up from the racks of vegetables and chicken thighs and kettles of stewing soup, to a tucked-away space by a storage closet stocked with spices, is where you’ll find Martin Breslin.

Inside his corner office, the Dublin-born Breslin, director for culinary operations for Harvard University Hospitality and Dining Services (HUHDS), plans menus for the University’s dining halls and restaurants. It’s also where he ruminates on this season of Bravo’s “Top Chef Masters” (he’s rooting for local chef Jody Adams of Rialto), and plans for his upcoming American Culinary Federation annual competition, in which he previously won both silver and bronze medals — and four gold.

No luck of the Irish here — Breslin lives for food.

“I’ve always been interested in food, even as a kid,” he recalled. “My parents would take us out to dinner when we were children and I always ordered something on the menu that I’d never tasted. I was an adventurous eater at an early age.”

As a teen, Breslin worked as a cook and eventually graduated from the Dublin College of Catering and the City & Guilds of London. He worked as a banquet chef in London, traveling around Europe in search of superior food before landing a job at the Russian Tea Room in New York City in 1994.

“I loved New York,” he said. “It’s a great food city with a diverse amount of international cuisine. It really is a chef’s paradise.”

Breslin came to Boston on a vacation weekend and was offered a job with local operation Restaurant Associates, which named him chef of the year in 2001, at which time he was working as an executive chef at the Harvard Business School. He joined HUHDS in 2002, where today he leads a culinary team of chefs with an emphasis on sustainable and local food, and oversees food delivery across campus.

But to know Breslin is to hear his mouthwateringly rhapsodic culinary talk. “I absolutely love fish,” he said. “I love wild salmon, cooked medium-rare, with some fresh herbs, some sautéed broccoli rabe with garlic, a glass of chardonnay …”

“And I love tomatoes,” he said. “Tomatoes must be picked ripe from the vine. I like heirloom tomatoes, usually the darker variety. The black plum tomato is really nice. With tomatoes, sometimes the least you do to it, the better it tastes. Some nice vinegar, extra virgin olive oil, tiny pinch of salt, and freshly ground black pepper.”

At the end of the year, Breslin teaches “Cooking for the Culinarily Challenged,” a four-day life skills cooking class for graduating seniors. “I teach them how to make a fresh meal from scratch,” he said.

On the last night, students cook a complete meal utilizing their newfound knowledge. “They’re excellent,” he says of the meals. “It’s good food, cooked simply. If you have that basic foundation, you can take it anywhere.”

On the last Thursday of each month, Breslin and his chef friends hit the town in a festive get-together they’ve dubbed “BNOM,” Best Night of the Month.

They meet for dinner — never at the same restaurant twice — where each orders something different, and everyone shares.

“It’s a chef’s night out. I think it’s important because as a chef you need to be current. You need to know what the food trends are.”

With his handsome chef’s coat and spotless toque, Breslin is never behind.

“Food is like fashion,” he said. “It’s always changing.”