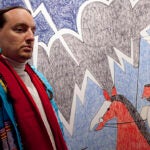 When the past is present

For more than two decades, the Graduate School of Arts and Sciences (GSAS) has awarded its Centennial Medal to a select group of graduates who have made significant contributions to society and scholarship. This year’s recipients: one of the world’s foremost scholars of Shakespeare and Renaissance drama; the founder, publisher, and principal editor of a scholarly journal; an economist and a 2007 Nobel laureate; and one of the most eminent of American philosophers.

David Bevington ’52, Ph.D. ’59, English
David Bevington is the Phyllis Fay Horton Distinguished Service Professor Emeritus in the Humanities at the University of Chicago, where he has taught since 1967. One of the world’s foremost scholars of Shakespeare and Renaissance drama, Bevington has written or edited more than 30 volumes on Shakespeare and his contemporaries. His authored books include “From ‘Mankind’ to Marlowe: Growth of Structure in the Popular Drama of Tudor England” (1962), “Action Is Eloquence: Shakespeare’s Language of Gesture” (1985), and “Shakespeare’s Ideas: More Things in Heaven and Earth” (2008). His new book, forthcoming from Oxford University Press, is “Murder Most Foul: The History of Hamlet.” Bevington has edited the Bantam Shakespeare, in 29 volumes (1988, now being re-edited), and Longman’s “Complete Works of Shakespeare,” sixth edition (2009). He is the former president of the Medieval and Renaissance Drama Society (1981-86), the Shakespeare Association of America (1976-77 and 1995-96), and the Renaissance English Text Society (1977-80). He is senior editor of the Revels Plays (Manchester University Press), which publishes critical editions of plays of Shakespeare’s contemporaries, and the Revels Student Editions. He was senior editor of the “Norton Anthology of Renaissance Drama” (2002) and is one of three senior editors of a forthcoming Cambridge edition of “The Works of Ben Jonson.”

Stephen Fischer-Galati ’46, Ph.D. ’49, history
Stephen Fischer-Galati is Distinguished Professor Emeritus of History at the University of Colorado. He is the founder, publisher, and principal editor of the scholarly journal East European Quarterly and the scholarly series East European Monographs, which has put out more than 700 scholarly books on East-Central Europe in collaboration with Columbia University Press. Fischer-Galati is one of the world’s foremost specialists on East European history and civilization, exploring the evolution of East-West relations and the intersection of Western and Eastern political and cultural developments. He has also published extensively on Balkan issues and guerilla warfare in the region. Born in Romania, Fischer-Galati escaped the country as a teenager during the early stages of World War II, finishing his high school studies in Massachusetts before going on to Harvard. His books include “Romania: A Historic Perspective,” “Eastern Europe and the Cold War: Perceptions and Perspectives,” and “Man, State, and Society in East European History,” and he has authored more than 250 articles. He holds several honorary degrees and major grants and fellowships from American and international scholarly foundations. He is also the president of the International Commission of East European and Slavic Studies of the International Congress of Historical Studies.

Eric Maskin ’72, Ph.D. ’76, applied mathematics
Eric Stark Maskin is an economist and a 2007 Nobel laureate recognized (along with Leonid Hurwicz and Roger B. Myerson) “for having laid the foundations of mechanism design theory.” Among other critical applications, that theory has helped economists identify efficient trading mechanisms, regulation schemes, and voting procedures. Maskin is the Albert O. Hirschman Professor of Social Science at the Institute for Advanced Study and a visiting lecturer with the rank of professor at Princeton University. After earning his doctorate at Harvard, Maskin went to the University of Cambridge in 1976, where he was a research fellow at Jesus College, and then taught at the Massachusetts Institute of Technology (1977-84) and at Harvard (1985-2000), where he was the Louis Berkman Professor of Economics. His work in economic theory, including game theory, the economics of incentives, and contract theory, has deeply influenced diverse areas of economics, politics, and law. He is particularly well-known for his papers on mechanism design/implementation theory and dynamic games. His current research projects include comparing different electoral rules, examining the causes of inequality, and studying coalition formation. He is a fellow of the American Academy of Arts and Sciences, the Econometric Society, and the European Economic Association, and he is a corresponding fellow of the British Academy. He was president of the Econometric Society in 2003.

Martha Nussbaum, Ph.D. ’75, classical philology
Martha Nussbaum is the Ernst Freund Distinguished Service Professor of Law and Ethics at the University of Chicago, with appointments in the Law School, the Philosophy Department, and the Divinity School. Among the most eminent of American philosophers, her wide-ranging interests include ancient notions of ethics, feminism, religious equality, gender and sexuality law, global justice, and notions of disgust, shame, and other emotions and their various effects on the law. She has taught at Harvard, Brown, and Oxford universities. Among her many books the most recent are “The Clash Within: Democracy, Religious Violence, and India’s Future” (2007), “Liberty of Conscience: In Defense of America’s Tradition of Religious Equality” (2008), and “From Disgust to Humanity: Sexual Orientation and Constitutional Law” (2010). From 1986 to 1993, Nussbaum was a research adviser at the World Institute for Development Economics Research, Helsinki, a part of the United Nations University. She is former president of the Central Division of the American Philosophical Association, and she has chaired the Association’s Committee on International Cooperation, its Committee on the Status of Women, and its Committee on Public Philosophy. Nussbaum is a member of the American Academy of Arts and Sciences and the American Philosophical Society, which in 2009 awarded her its Henry M. Phillips Prize in Jurisprudence.