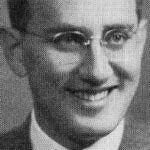 The day after graduating from Brown University, Katherine Chon and a friend packed a U-Haul trailer and moved to Washington, D.C. It was the summer of 2002, and they were on a mission: to take on the modern slave trade.

It seemed like a mission impossible. Human trafficking was the fastest-growing criminal enterprise in the world eight years ago. Today, only arms sales and drugs bring in more money worldwide. “It’s highly profitable — in the billions,” said Chon, who graduates today (May 27) from the Harvard Kennedy School with a midcareer master’s degree in public administration.

Definitions are difficult, she said, though slavery generally means confining people for labor or the sex trade by means of force, fraud, or coercion. Fighting it means taking up the cause of 21st century abolition. “We’re talking about basic freedoms, what it means to be human,” said Chon.

Commencement marks the end of a yearlong hiatus for the Brown graduate, who for close to a decade has been toiling in the trenches in a largely hidden universe of misery. Worldwide, she said, 27 million humans are in some sort of bondage, and that’s a conservative estimate.

Chon is president and co-founder (with Derek Ellerman) of the Polaris Project, a nonprofit named after the North Star that once guided American slaves to freedom on the Underground Railroad. It’s one of the largest anti-slavery operations in the United States and Japan.

“Our main objective is to create a world without slavery through social change,” said Chon, whose group has offices in Washington, D.C., Tokyo, and in Newark, N.J. “It’s important for us to begin by impacting individual lives.” That involves working with and training police officers, teachers, emergency room doctors, and community partners to identify, rescue, and help victims of slavery.

“It’s such a dark issue,” said Chon. “I came here very burnt-out from the weight of it. But it was a very healing year.”

Harvard’s sense of community helped, she said, and the academic work did too. Chon praised her courses on adaptive leadership, as well as a Harvard Business School course that opened her eyes to the for-profit world.

Chon also praised Marshall Ganz’s public narrative class, “on how to build and engage and grow a movement,” she said. “That’s what we need right now. We’re at the very beginning of a social justice movement.”

Most human trafficking occurs in developing countries, she said, but the United States is not exempt. About 17,500 foreign nationals are trafficked into the country every year. An estimated 100,000 American citizens are enslaved every year too, and that’s just in the sex trade.

Modern-day American slavery is not confined to cities. A few weeks ago, a multistate federal raid of massage parlors included slavery operations in affluent suburban Massachusetts — in Newton, Watertown, and Wellesley.

It was a similar raid, a few miles from where she lived in Providence, R.I., that inspired Chon — shocked her — into taking on what she calls the biggest human rights issue of the century. Six Korean women had been living like slaves in a massage parlor.

“Their stories resonated,” said the Korea-born Chon. “I thought: That could have been me.”

She grew up in quiet Salem, N.H., where such trafficking seemed as remote as the moon. But slavery was one of the issues that came up in her senior year at Brown, when her classmates — shaken by the 9/11 terrorist attacks — fell into fervent conversations about the state of the world. “I was aware of the needs of the community, but I barely read the newspaper, or understood what was going on in the world,” said Chon of the days before 9/11. “It had an awakening effect.”

There were earlier awakenings too. In the spring of her senior year in high school, Chon was in an English class where listless students had lapsed into silence while discussing a social issue. Suddenly, her frustrated teacher shouted: “What is your outrage? There are so many things happening in the world, and if you’re not outraged about something, you’re not paying attention.”

It was a question that haunted Chon, but feeling outrage was elusive, she said. “It wasn’t until I heard about human trafficking that I thought: This is it.”