Rebels to some, achievers to others 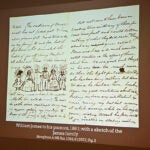 What makes a life significant?

Lecturers look kindly on the history of American radicalism

What do the American Revolution, public education, HIV/AIDS research, the living wage, and rock ’n’ roll have in common? For Timothy Patrick McCarthy and John McMillian, the answer is clear: They’re samples of the many achievements by radicals.

Activism has long been a subject of interest for the two Quincy House residents and instructors.

“We have both been profoundly moved by the challenges that historians have posed to the traditional, so-called ‘great man’ version of history, where social change comes from the top down rather than the bottom up,” said McCarthy, lecturer on history and literature in the Faculty of Arts and Sciences and adjunct lecturer on public policy and director of the Human Rights and Social Movements Program at the Harvard Kennedy School. “We very much believe that social change comes from the grassroots, from the margins, and from the people.”

McCarthy and McMillian met 15 years ago as graduate students at Columbia University. While separately teaching a popular course there on the American radical tradition headed by Eric Foner, both recognized the need for a single anthology of primary sources tracing the history of radical movements in the United States from the country’s founding to the present. This teaching experience eventually led to their collaboration on “The Radical Reader: A Documentary History of the American Radical Tradition” (The New Press, 2003), now in its second printing.

McCarthy and McMillian, a continuing education and special programs instructor, have since co-edited a second volume, “Protest Nation: Words that Inspired a Century of American Radicalism” (The New Press, 2010). The compendium, which focuses on the 20th century, includes 29 documents, each introduced by the editors, ranging from speeches by Malcolm X and Harvey Milk to manifestos, letters, and essays on gay rights and civil rights, feminism, economic and environmental justice, and animal liberation.

McMillian, who has served as a lecturer in history and literature, hopes that the book will encourage a more charitable understanding of the history of American radicalism.

“It’s astonishing to look back at these movements led by people who were despised and faced incredible criticism from the dominant culture, and yet today we celebrate them as heroes,” he said.

“We set out to restore the integrity of radicalism,” added McCarthy, “to say that these kinds of grassroots mobilizations and critiques from the margin have not only authority, but integrity. It’s important to understand this radical tradition and to convey to students and readers that listening to these voices and taking them seriously is required of us if we’re really going to understand history in its fullest dimensions.”

Since 2002 McCarthy, along with John Stauffer, professor of English and of African and African American Studies, has taught “American Protest Literature from Tom Paine to Tupac,” a course also offered through the Harvard Extension School that is on track to become a General Education course next year.

McCarthy and McMillian worry about the future of social movements. The campaign to abolish slavery lasted roughly 35 years. Continually inundated with new images and information, the current generation, they said, may not have the attention span or risk-taking spirit to start and sustain such a long movement.

“We have thought that maybe we would see a rekindling of activism of the type we saw in the 1960s,” said McMillian. “There is a grassroots social protest movement happening, but it’s coming from the right. The left has not been mobilized quite as vigorously.”

“Protest Nation” serves as a “field manual” of sorts for progressive activists who seek to place themselves within a history of rebellion.