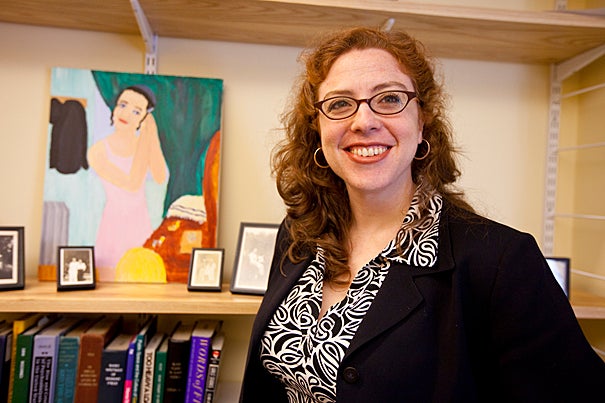 The invention of childhood innocence

Harvard University and Harvard University Press (HUP) announced recently that the Murty family of Bangalore, India, has established a new publication series, the Murty Classical Library of India, with a generous gift of $5.2 million. The dual-language series aims both to serve the needs of the general reading public and to enhance scholarship in the field.

Harvard Provost Steven E. Hyman noted that the Murty family gift will enable HUP to present the literary cultures of India to a global readership in an unprecedented manner. “The Murty Classical Library of India will make the classical heritage of India accessible worldwide for generations to come,” said Hyman. “We are truly grateful to the Murty family for their vision and leadership in making this historic initiative a reality.”

The Murty family’s endowed series will serve to bring the classical literature of India, much of which remains locked in its original language, to a global audience, making many works available for the first time in English and showcasing the contributions of Indian literature to world civilization. Narayana Murthy said of the new series, “I am happy that Harvard University Press is anchoring this publishing project.” His wife, Sudha, agreed: “We are happy to participate in this exciting project of bringing the rich literary heritage of India to far corners of the world.”

Under the direction of General Editor Sheldon Pollock, William B. Ransford Professor of Sanskrit and Indian Studies at Columbia University, and aided by an international editorial board composed of distinguished scholars, translators will provide contemporary English versions of works originally composed in Bengali, Gujarati, Kannada, Marathi, Persian, Punjabi, Sanskrit, Tamil, Telugu, Urdu, and other Indian languages.

Each volume will present the English translation with the original text in the appropriate Indic script on the facing page. The books will be supplemented by scholarly introductions, expert commentary, and textual notes, all with the goal of establishing Murty Classical Library volumes as the most authoritative editions available.

The Murty family’s vision has already begun to impress notable scholars, such as Harvard’s Thomas W. Lamont University Professor and Professor of Economics and Philosophy Amartya Sen, who expressed his appreciation for the initiative. “There are few intellectual gaps in the world that are as glaring as the abysmal ignorance of Indian classics in the Western world. It is wonderful that the Murty Classical Library of India is taking up the challenge of filling this gap, through a new commitment of the Harvard University Press, backed by the discerning enthusiasm of the Murty family, and the excellent leadership of Sheldon Pollock — an outstanding Sanskritist and classical scholar. This will be a big contribution to advancing global understanding that is so much needed in the world today.”

HUP plans to make the works available in both print and digital formats. The first volumes are scheduled for publication in fall 2013. An Indian edition is being planned.

Founded in 1913, Harvard University Press is a major publisher of nonfiction, scholarly, and general interest books with offices in Cambridge (Mass.), New York, and London.