Lessons from the Earth 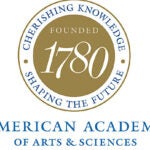 Harvests ahead, edible and intellectual, from a Harvard garden

Harvard, Harvard, how does your garden grow?

With plenty of rain.

At the dedication of the Harvard Community Garden on Mt. Auburn Street on Sunday (April 18), well-wishers huddled gratefully under a blue tarp noisy with rain. Nearby, green lawn chairs sat empty.

But the garden at 27 Holyoke Place offers sunny messages: that food can grow in an urban backyard; that a garden is a living laboratory for diverse academic pursuits; and that an open garden encourages community.

The plot in front of Lowell House — 560 square feet of growing space — is a lesson in local food and sustainability that matches the University’s environmental ethic, said Zachary Arnold ’10. “Our tagline is: a beautiful and productive space.”

The Eliot House senior is one of a dozen or so undergraduates who helped to organize a new club, the Harvard College Garden Project, a year in the making.

The garden, consisting of 25 raised beds spaced along stone-dust patios, is supervised by the Center for Health and the Global Environment (CHGE) at Harvard Medical School. Collaborators include the Office for Sustainability (OFS), the University Planning Office, Landscape Services, the Faculty of Arts and Sciences, and the Food Literacy Project, a division of Harvard University Hospitality and Dining Services.

Food harvested from the garden — lettuce, onions, peas, and other traditional New England kitchen crops — will be used in on-site tastings and demonstrations, consumed at undergraduate dining halls, sold at the Food Literacy Project’s two farmers’ markets, or donated to the Greater Boston Food Bank.

Within a year, organizers say, the garden will expand. On the wish list are trellises, more raised beds, work stations, storage, and a system for harvesting rainwater.

The site will also serve as an outdoor classroom and as a gathering place. Arnold called the new garden a “multiuse space.”

This summer, two full-time interns will tend the garden, said the project’s acting director, Kathleen Frith, who is assistant director at CHGE. They also will develop protocols for how the garden might be used in current Harvard courses.

In the fall, she said, faculty will be invited to a forum on ways to bring the garden into the classroom. The hope is to get faculty to use the garden in existing courses, said Frith, not just in the sciences, but for poetry, languages, and the arts.

Over time, courses will emerge that are specific to the garden, said Frith. Lessons in urban agriculture will include growing on vertical surfaces, composting, and water-conservation strategies.

“When you look out here, you see a garden,” said botanist Donald Pfister, who made brief remarks from the shelter of the tarp. “I see a whole lot of thesis projects.”

He said there is academic work to be done, for instance on integrated pest management, urban habitats, and the microbial composition of the garden’s soils.

Pfister, an authority on the biology of fungi, is Harvard’s Asa Gray Professor of Systematic Botany and acting director of the Harvard University Herbaria. He told the small crowd, “I want you to think about this as your laboratory.”

Pfister is also dean of the Harvard Summer School, which runs during a peak season for studying plants. “To be able to be out in it,” he said of the garden-as-classroom, “is the great thing.”

Six decades ago, Harvard had a full-scale botanical garden at Garden and Linnaean streets. “That was the ultimate,” said Pfister, and included classroom space, plant displays, greenhouses, and outdoor growing beds.

But the intent of the Harvard Community Garden is wider than plant science, making it a kind of first at Harvard. “Our center works at the intersection of human health and environmental issues,” Frith said. “For me, growing food locally fits right in that intersection.”

It will be a boon to social well-being, she added, and has already brought students, faculty, staffers, and neighbors together. “That’s going to be the healthiest part of this garden: learning and getting to know and working with everybody.”

Ilana Cohen stood nearby. She was one of eight landscape architecture students at the Graduate School of Design who helped to design the garden. (The others were Erin Kelly, Rebecca Bartlett, Amy Whitesides, Dorothy Tang, Abhishek Sharma, Xue Zhou, and Athens Qin.)

The project — including a design charrette this winter — brought the benefits of community and collaboration, agreed Cohen. “It’s been great to meet people from other institutions within the University. We wind up in our separate silos quite easily.”

Evelynn M. Hammonds, dean of Harvard College, spoke from under the tarp, with a crimson-striped umbrella furled at her side. “It’s really a great start for Harvard and the College,” she said of the garden. “This will be the first space, but it won’t be the last space.”

Afterward, in a raised garden bed nearby, Joshua Wortzel ’13 scattered radish seeds. It was the new garden’s first planting. In another raised bed, seeds were scattered for arugula and rhubarb chard. Helping out was Jaclyn Olsen, assistant director at OFS.

“It’s amazing to see the students come together for something’s environmental, community, and social benefits,” she said. “It shows that Harvard is really trying to apply what the students are learning and what the faculty are teaching.”

Designing the garden came with challenges, said Cohen, who graduates this year. For one, the garden could not be planted in the lawn soils, so raised beds were a necessity. And those raised beds had to be accessible, even to gardeners in wheelchairs.

So the designers drew up flat pathways and settled on varied heights for the beds: 34, 20, and 16 inches, a “stepped condition,” said Cohen. “You wind up with these very dynamic spaces.”

The garden also had to encourage social interaction. So seating was built into some of the beds, which are arranged to create nooks. Visitors can “gather,” said Cohen, “and be surrounded by growing.”

And the garden probably will be expanded someday, so it was important to create an expandable design. “It’s a very modular system,” she said. “You could always add beds in the future and still have them fit with the same design language.”

Executing the design took hands-on work. Arthur Libby and Ryan Sweeney of Landscape Services started at the site March 18. They installed the patio first, with its border of wood and surface of stone dust. Then they put in a fresh asphalt access walk. They framed the 25 garden beds off-site, and installed them last Friday (April 16).

“The fact that we were able to work with the students one-on-one was pretty exciting,” said Libby, who took a moment to shelter from the rain in his truck. “They’re out there, hands-on, learning the importance of sustainability.”

On Sunday morning, Libby, Sweeney, and a group of students filled the raised beds with heavy dark soil, shoveling them full and raking the surfaces flat.

The soil is made from compost seasoned in windrows at the Arnold Arboretum of Harvard University in Jamaica Plain, Mass. It’s a loamlike mix of what was once food waste, grass clippings, leaves, and other organic matter.

The garden dedication, hurried by intermittent rain, wrapped up fast. “Soggy cookies?” Frith asked, holding out a plate to students walking by.