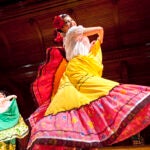 The many beats of Cultural Rhythms

The Peabody Museum of Archaeology and Ethnology has named Stephen Dupont, a prize-winning Australian photographer whose work has appeared in The New Yorker, Vanity Fair magazine, Time magazine, and Rolling Stone, the 2010 Robert Gardner Fellow in Photography. At the Peabody Museum, Dupont will work on a project titled “Guns and Arrows: The Detribalization of Papua New Guinea.”

Over the past six years, Dupont has traveled to Papua New Guinea to photographically document its changing face and the powerful impact of globalization on the fabric of its traditional Melanesian society. “Guns and Arrows” will continue this work. From the recasting of tribal society into an urban proletariat and the effects of violence and lawlessness in Port Moresby to the westernization of traditional society in the Highlands, it will be an in-depth study of cultural erosion as well as a celebration of an ancient people.

Dupont plans to use 35 mm, 6×6, panoramic, and Polaroid formats for documentary street photography, landscapes, and portraiture. He intends to weave single images, contact sheets, composites, and video grabs into multiple forms: a traditional exhibition at the Peabody Museum, a book with the Peabody Museum Press, and an interactive Web presentation.

For the complete press release, visit the Peabody Museum website.