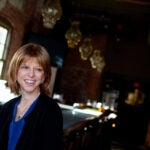 In the open ocean of the professional music world, being a Harvard student is an eyebrow-raiser when applying for summer programs or graduate schools, and mystifying as this is to those familiar with Harvard’s celebrated musical alums — (Ma, Bernstein, Carter) — admissions committees’ skepticism is not groundless. How on earth, conservatory-trained musicians wonder (aloud, to many of us), could anyone simultaneously keep up with a Harvard workload and steadily improve as a musician?

The answer lies in the bizarre blend of Harvard as an institution and of the personalities and attitudes of Harvard students. Harvard does not offer a performance degree to its student performers, yet there are on campus a few student-run arts groups that resemble professional companies far more closely than do their counterparts at conservatories, and that arguably give students a fuller, more rigorous artistic foundation.

Let’s take the Dunster House Opera, founded in 1992. It is, well, an opera company — that’s the fact that took the longest to sink in for me when I first heard about it. Maybe, I thought, they perform hit arias with piano accompaniment for fun. Or maybe they just sit around and talk about Pavarotti.

Er, no. The Dunster group annually performs a fully staged production of a major work of the operatic repertoire whose cast, conductor, director, staff, and orchestra are culled entirely from Harvard’s undergraduate population. Last year, it performed Stravinsky’s “The Rake’s Progress,” an enormously challenging score that demands a cast with utter rhythmic and harmonic assurance, an orchestra and chorus with extraordinary stamina and stylistic unity, and a conductor with the confidence to weave it all together.

This sort of organization is unique to the School precisely because of what it lacks — a voice program, opera performance specialists — and what it has — students who are happy to overburden themselves with commitments if they love something enough. In the case of this company, that means singers doubling as set builders, conductors as publicity agents. All hands are on deck when needed: The cast and staff even have to build the set before each performance and dismantle it afterward, nightly transforming Dunster House’s dining hall into an opera house and back.

The members of such organizations are not working for a grade or to please anyone but themselves, yet they hold themselves to professional standards. The question of whether this spirit of self-sufficiency and camaraderie would survive if Harvard increases opportunities for University-funded study of performance is a sensitive one to many students (musicians and actors), some of whom maintain that it is precisely these groups’ independence from any structure resembling that of a conservatory that makes them special.

This is a fair point but a bad argument against adding performance programs. If Harvard were to grant degrees in the study of music and theater performance, it would attract even more professional-level performers, who would become involved in these organizations. Students would be able simultaneously to get better preparation in class and participate in student-run groups that function like professional companies. In other words, the welcome fruits of Harvard’s past informality would survive even as Harvard grows. Harvard’s miraculous student arts companies would grow right along with it.