Around the Schools: Harvard Extension School 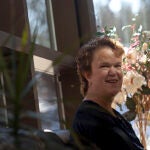 The panel discussed entrepreneurial vision and gave voice to representatives of the next generation of business leaders. The event invited students to take a closer look at what it takes to become a successful entrepreneur.

The panel featured Randal Pinkett, 38, who won season 4 of NBC’s “The Apprentice”; Ephren Taylor, 27, the youngest African-American CEO of a publicly traded company; Adam Stewart, 29, the CEO of Sandals Resorts International, via satellite; and Andrew Morrison, president of Small Business Camp. Sal V. Perisano, CEO of iParty and one of the Extension School’s most successful alumni, moderated the discussion. Almost 400 people attended, including students from other Harvard Schools.

Several of the executive panelists are African-American. “Though it was not by design, it seemed appropriate that it evolved that way, given that it is Black History Month,” said Andre Bisasor, the first African-American male elected student government president at the Extension School.

For more information about the event, including photos and video, and for upcoming events, visit the HESA Web site.