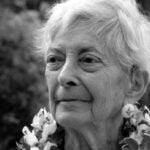 Erich Segal, the author of the Harvard-based novel “Love Story” and who once taught classics at the University, died of a heart attack on Jan. 17. He was 72.

Segal taught at Harvard in the early 1960s after earning three degrees from the University. Once a Dunster House resident, he received an A.B. in 1958, graduated as the class poet and Latin salutatorian, and participated in that year’s Hasty Pudding show. He received an A.M. in classics in 1959, and a Ph.D. in comparative literature in 1965. He also taught at institutions such as Yale University, Princeton University, the University of Munich, and Wolfson College in Oxford, England.

Segal was most renowned for his novel “Love Story,” which was based on a screenplay he had penned. The book was an overnight success, selling more than 21 million copies in 33 languages. It later became a film starring Ali MacGraw and Ryan O’Neal, and was the highest-grossing movie of 1971. “Love Story” remains a staple for incoming Harvard freshmen, who watch it each fall.

His other novels include “The Class,” “Doctors,” “Acts of Faith,” and “Prizes.” Alongside the Beatles and other writers, Segal helped to pen the screenplay for 1968’s film “Yellow Submarine.”

Segal also was a long-distance runner, completing more than 40 marathons. At the time of his death, Segal had been suffering from Parkinson’s disease for nearly 25 years.

A private funeral was held in London. He is survived by his wife, Karen James, and daughters Francesca, 29, and Miranda, 20.