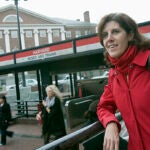 Coming and going at Harvard

The Harvard College chapter of Phi Beta Kappa (PBK), Alpha Iota of Massachusetts, has elected 48 seniors to its Class of 2010.

The Alpha Iota of Massachusetts chapter of Phi Beta Kappa was first established under a charter in 1779. Shifting from a social and debating club in its early years to an undergraduate honor society in the 19th century, PBK is known as the oldest academic honor society in the country.

Phi Beta Kappa’s national mission is to foster and recognize excellence in the liberal arts and sciences, and election to Alpha Iota of Massachusetts signifies that an undergraduate has demonstrated excellence, reach, originality, and rigor in his or her course of study. The honor society recognizes students whose course work demonstrates not only high achievement, but also breadth of interest, depth of understanding, and intellectual honesty. Twenty-four juniors are elected each spring, 48 seniors each fall, and a further number sufficient to bring the total membership to no more than 10 percent of the graduating class in the final election shortly before Commencement.