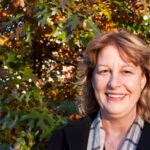 Food for thought, and testing

GQ Magazine has named Elizabeth Warren, Leo Gottlieb Professor of Law, to its 2009 list of the “50 Most Powerful People in D.C.”  Placing her at No. 30, the magazine recognized Warren for her role as the chairwoman of the Congressional Oversight Panel of the Troubled Asset Relief Program.

“Whenever you see movement toward disclosure of the Fed’s dealings with Wall Street or support for reining in credit card companies, Warren’s the force behind it,” the magazine said.

Warren joined Harvard Law School in 1992 as the Robert Braucher Visiting Professor of Law, and moved into her current role in 1995.

GQ polls journalists, congressmen, lobbyists, and other members of the Beltway elite to determine which political figures should be named to the biennial list.