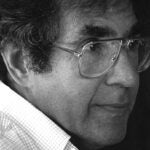 The Massachusetts General Hospital and especially the Orthopaedic Service was deeply distressed and saddened by the death of Professor Robert D. Leffert MD on December 7, 2008. Dr. Leffert was a spectacular physician who in his time at the MGH, became a major force in Rehabilitation Medicine and also in the management of upper extremity disorders. He was 75 at the time of his death.

Dr. Leffert was born and raised in Brooklyn, attended Erasmus High School and received his Bachelor of Science degree from Dartmouth College in 1954. He went on to attend Tufts Medical School and received his MD from that Institution in 1958. Following a residency at the Hospital for Joint Diseases in New York City, Dr. Leffert served in the United States Navy during the Vietnam War as a Lieutenant Commander in the 3rd Marine Division. He was considered to be an outstanding caretaker for those who were injured and one of the best physicians in that setting. He was decorated for his service. Following his time in the war, in 1966, he returned to New York City on the staff of the Orthopaedic Service at the Hospital for Joint Diseases where he worked with Dr. Richard Smith, a great hand surgeon. He was also on the faculty of Mt. Sinai Medical School Orthopaedic Department.

In 1972, when Dr. Mankin, the then Chief of Service at the Hospital for Joint Diseases accepted a position as Chief of Orthopaedics at the MGH, he invited Dr. Leffert, along with Drs. Richard Smith, Michael Ehrlich and Charles Weiss to join him. They formed a superb team dedicated to patient care, education and clinical and basic research. Dr. Leffert assumed responsibility for the development of a Rehabilitation Unit and also the management of patients with upper extremity disorders. He did both with extraordinary skill and great dedication. He was adored by his patients and his students and did it all with talent, style and grace.

Dr. Leffert published a total of over 90 papers in refereed journals and was a frequent speaker at the MGH and other institutions. He served on the Orthopaedic Study Section of the National Institutes of Health and participated actively in numerous societies. He served as President in the American Shoulder and Elbow Society. As a result of his commitment and special skills, he was named as a Professor of Orthopaedic Surgery at Harvard Medical School in 1991.

Dr. Leffert’s illness became a major issue in 2000 and he retired from his active practice. He still served as a visiting Orthopaedic Surgeon at the MGH and a senior medical advisor to Partners Telemedicine system and a Research Associate in the MGH Breast Cancer Risk Assessment Center. Up until recently he has worked closely as a consultant to a group, which developed a special educational system known as ICON.

Dr. Leffert had a wonderful family. He was married to an outstanding wife and mother, Linda, has a son Adam Leffert of Chestnut Hill and a daughter, Lisa Leffert MD, who became an anaesthesiologist at the MGH and is currently vice chair for faculty development. Lisa’s husband Lee Schwamm MD is an MGH neurologist. Robert had two grandchildren Samuel and Eli Schwamm. In addition, a sister Joan Bolker lives in Newton Highlands.

The family, his colleagues, his friends, his students and his patients miss Dr. Leffert and mourn their loss. He was a great and talented person who contributed extraordinarily over his lifetime. There is no doubt that the world is a darker place without him.