Allston-Brighton has its day 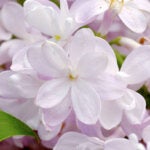 A steady drizzle couldn’t keep football fans or Allston-Brighton residents away from Harvard Stadium on Saturday (Oct. 24), as the Crimson took on the Princeton Tigers and came away with a resounding 37-3 victory.

Harvard has hosted its Allston and Brighton neighbors to an early reception and a football game for the past 20 years. It is a bookend to Cambridge Football Day, which was held earlier this month. Despite the dreary weather Saturday, more than 400 residents filled a tent next to the stadium.

“It’s been a tradition coming here,” said Addie Walsh of Allston, who used to bring her sons, now in their early 20s, to the festivities when they were young.

“It was something we always looked forward to, and we’ve always appreciated that Harvard did this,” said Walsh, who also noted that this was an opportunity to see neighbors whom they don’t normally encounter day to day.

President Drew Faust attended the event and chatted with residents and with a group of Harvard students waging a recycling campaign at the game. Several staff members who work closely with the Allston-Brighton community also attended with their families.

“We look forward each year to connecting with our neighbors in this relaxed and informal setting,” said Kevin McCluskey, Harvard’s senior director of community relations for Boston. “We hope to continue this great tradition for another 20 years and beyond.”