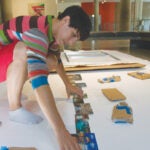 Visiting faculty bring their art along

Shortly after the creation of the Republic of Turkey in 1923, the first Turkish president, Mustafa Kemal Atatürk, began an effort to break with the nation’s past Ottoman history. One of the changes the new regime demanded was to end the performance of Ottoman Turkish classical music. Once one of the best-known musical traditions in the Middle East with roots stretching to the 16th century and the beginning of the Ottoman Empire, the music was driven underground, and kept alive by musicians who passed on their love of the elegant, refined music to their students.

In recent decades, however, the music has been revitalized, driven largely by musicians, scholars, and music lovers of Turkish descent. A gift from one such music lover, Turkish-born businessman Altan Ender Güzey, will ensure that the traditional music is kept alive for future generations, as the Sema Vakf Collection of Turkish Classical Music becomes part of Loeb Music Library’s holdings.

Made up of more than 1,000 reel-to-reel tapes, cassettes, LPs, and CDs; over 9,000 written musical notations; and hundreds of books, dissertations, and videos; as well as Turkish musical instruments, the collection represents the largest archive of Ottoman Turkish classical music in the world. This vakf, or trust, is named for the art of listening (sema), specifically the engaged listening of the connoisseur to wonderful music.

One of the relatively few archives of its kind in the West, the material is already a valuable research tool for the study of Turkish and Ottoman classical music, but is all the more significant by its sheer size said Virginia Danielson, the Richard F. French Librarian of Loeb Music Library and library curator.

“You couldn’t find a resource with this sort of depth elsewhere in the United States,” she said. “Other libraries might have a half-dozen pieces of this music, but what we now have are dozens of notebooks, filled with sheet music, and organized in the way a Turkish musician would organize it. You can never say these repertoires are comprehensive, but this is as close as you can get.”

Born in Istanbul, Güzey attended the University of Oklahoma as an undergraduate. Longing for some connection to his homeland, he began asking his brother to send him recordings of classical music from Turkish radio stations.

“He started amassing these tapes, but as he became more interested in the music, and more successful financially, he began sponsoring trips, inviting well-known musicians to come to the U.S. to perform,” Danielson said. “In some cases, he would also rent a studio, and they would make recordings. Later in life he also underwrote research on the music, and also began to acquire notation, books, and other materials.”

The Sema Vakf collection includes the entire private archive of Ismâil Baha Sürelsan, a Turkish composer and ethnomusicologist who has devoted more than 60 years to performing Turkish classical music. Among the other treasures of the archive are recordings of the singer Allâeddin Yavaşça’s mesk, musical lessons held on Sunday afternoons at his home once a month. Some of Yavaşça’s own transcriptions of musical works are also included. There are numerous performances by such accomplished artists as Meral Uğurlu, Mes’ûd Cemil, Bekir Sitki, Reha Sağbaş, and Selmâ Sağbaş.

Most of the material will be publicly available through Harvard’s Online Library Information System (HOLLIS) catalog, Danielson said. Though the LPs and CDs will be available for scholars to listen to, given the fragile condition of many of the tapes, they will be digitized before they are made accessible to scholars. The digitization work will be done as time and budget allow.

The collection began coming to the library in the early 1990s, and was gradually cataloged as additional material came in over the next decade, Danielson said. The challenging work of cataloging the items fell to Beth Flood, music and media cataloger, and Rhona Freeman, archive of world music cataloging assistant, who began working on the project more than a decade ago.

While she helped ensure the project was completed, Flood credited Freeman, who processed many of the audio recordings, with creating bibliographic records with a depth and breadth of detail unseen in other collections of Turkish music.

“I can’t imagine any other collection of Turkish music that would have the level of detail she was able to put into this,” Flood said.

“I was able to catalog the material because Mr. Güzey provided such detailed documentation,” Freeman said. “In the case of vocal music, he provided the first line of many songs, and was a great help in organizing the instrumental pieces.”

“The cataloging of the hundreds of audio recordings has been part of Rhona’s job for the last 15 years, and she has worked closely with Güzey and the collection,” Danielson said. She added that Freeman and Flood, who shortly after her arrival at Harvard took on the remainder of the material, including the scores, books, and videos, have pushed the project through to a happy conclusion.