Physics for the musical masses 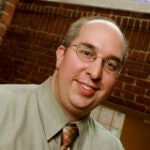 Harvard physicist Lisa Randall is taking Paris’ opera-going public to
the fifth dimension this month, working with a composer and artist to
present an opera that incorporates Randall’s theories about extra
dimensions of space.

Randall, a theoretical physicist whose ideas were presented in her
2005 book, “Warped Passages: Unraveling the Mysteries of the Universe’s
Hidden Dimensions,” wrote the libretto for the opera, which is to be
presented June 14 and 15 at Paris’ Pompidou Center.

Randall, who plans to be there for the premiere, said the opera is
an opportunity to present to a new audience the ideas of physics and
the notion that the universe is a more complex and subtle place than
our daily experience may indicate.

“There are a lot of people who have never read a book about physics
who still want to understand the new ways we think about the universe,”
Randall said. “People will follow only so much literally, but the
[opera presents the] idea that there is a bigger space to explore and
that connections can be revealed that are harder to see from the
perspective of a lower-dimensional world.”

The work, called “Hypermusic Prologue: A Projective Opera in Seven
Planes,” tells the story of a man and a woman who have different views
of the world. The baritone looks at the world around him and is
satisfied with what he sees and the sense of reality it gives him. The
soprano, a physicist and composer, has a more open view of reality and
a more questing spirit. She travels to and explores a fifth dimension.
The opera is a musical conversation between the two.

“It was fascinating to work with the artist and director to try to
solve the challenges of staging something like this, trying to show the
contrast between his limited world and her more open world, keeping the
baritone’s space more restrictive without being too small and
theatrically boring,” Randall said.

The project began shortly after Randall published “Warped Passages”
in 2005. She was contacted by Parra, the son of a physicist who had
read the book and thought its ideas would make an interesting opera.

“What I saw was the possibility to play with the relationship
between energy, mass, and time … to make two people live inside this
model,” Parra said.

Parra said he just jumped in after the idea came to him, sending
Randall a long e-mail explaining what he wanted to do. Randall, who has
no music background but who enjoys art and music and has a keen
interest in explaining the ideas of physics to the general public, was
intrigued by the idea. The two corresponded by e-mail and then met in
Berlin in 2006. Randall said she thought that extra dimensions would be
a good metaphor for exploration and creativity.

“We met a couple of times to figure out what would work. I sort of
had the general concept from the beginning, but of course it has
evolved since then,” Randall said. “It’s a very exciting project,
combining musical and scientific ideas. We all found our repertoires
expanded.”

Though the opera doesn’t seek to directly map the theories of
physics onto the artistic world of opera, Randall said it contains more
ideas from physics than she originally intended. Both Parra and Ritchie
urged her to include more, she said.

While the sets are designed to evoke otherworldly space, the music expresses the ideas of physics as well, Parra said.

The man’s baritone voice is projected from a single speaker close to
the character, while the woman’s soprano is projected from multiple
speakers around the auditorium. Her voice is also distorted
electronically, compressed for some sections, while the baritone is
time-delayed, as if it were losing energy. In her journey, the woman
discovers the unification of the four basic forces of nature, with
music representing their different characteristics: long and slow for
gravity, which operates across the vast distances of space, and
high-pitched and insectlike for the strong force, which acts within the
atomic nuclei.

“It’s the ideas and feelings [of the theories].  … I don’t use the
mapping of data,” Parra said. “The audience isn’t obligated to
understand anything Lisa does. They will feel anguish, they will feel
unification and accomplishment. … They can enjoy the voices and the
sound itself without knowing the specific equations.”

The opera, which is in English, will be performed in Barcelona in November and possibly in other locations around Europe.