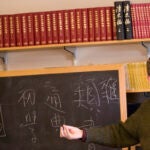 The Fisher Prize was established in 1999 by the GIS Users’ Group to promote and reward the work of both undergraduate and graduate students in this broad and potentially interdisciplinary area.

Bhat was awarded for her entry, “Element of Survival: Isolating the Causal Effect of Access to Iodized Salt on Child Health in India,” which was prepared as part of her senior thesis in economics and health policy.

Holland was awarded for her entry, “The Electoral Battle After the War: A Spatial Analysis of Crime and Conservative Party Politics in El Salvador,” prepared as part of a final project for her Government 1016 course.

Howard Taylor Fisher, a geographer and mathematical cartographer, founded the Laboratory for Computer Graphics and Spatial Analysis (LCGSA) at the Harvard Graduate School of Design in 1965, where he developed the synegraphic mapping system. The initial endowment for the fund was provided by a generous contribution from Jack Dangermond, M.L.A. ’69, president of Environmental Systems Research Institute Inc. (ESRI), the world leader company in GIS modeling and mapping software and technology. Funding is provided this year by the Center for Geographic Analysis.